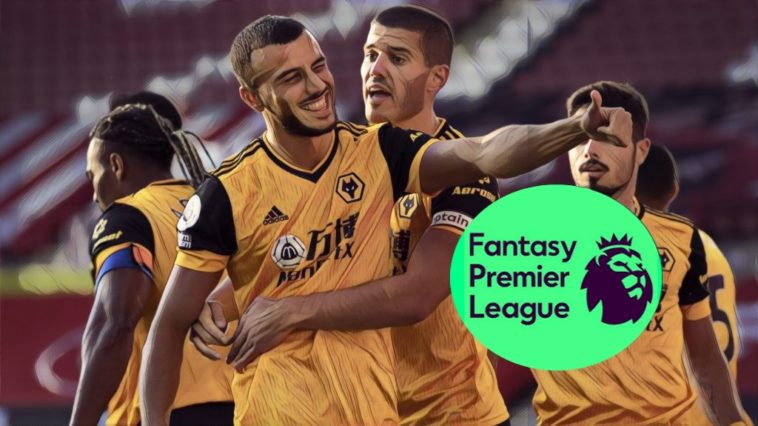 The return of Fantasy Premier League saw a few big hauls and a couple of surprise performances in gameweek 1. How many of these did you have in your squad?

All of the statistics in this article were provided by Opta via fantasyfootballhub.co.uk. Take advantage of their 25% discount on membership to access this and many other useful FPL features on their website.

Spanish goalkeeper Vicente Guaita was impervious against Southampton on Saturday, doing something that few shot stoppers were able to achieve last season – shutout Danny Ings. He also made a brilliant save in the second half from a close-range Che Adams effort. His five saves and a clean sheet were enough to earn him three bonus points and a perfect start to the season.

Over 600,000 managers were rocked by the news that left wing-back Ruben Vinagre wasn’t starting against Sheffield United, but the 177,000 who owned Romain Saïss were over the moon. The Moroccan defender not only kept a clean sheet, but scored a headed goal from a corner too, swooping up all the bonus points for a huge haul on Monday evening.

Five FPL players we expect to absolutely explode this season

Starting in a new backline missing its most experienced defender, Gabriel Maghalhães’ debut went much better than expected. Although an early mixup almost let Aboubakar Kamara in to score for Fulham on Saturday, the Brazilian recovered to put in a solid defensive display in Arsenal’s 3-0 win at Craven Cottage.

The centre-back then took advantage of some nonexistent marking to head home the team’s second of the game, and finished with the joint-second highest points haul of the gameweek.

Chelsea were far from their best on Monday night, but picked up a 3-1 win over Brighton regardless while Reece James gave the match its one moment of pure brilliance with his thunderous strike of the ball. It was his first goal for the club after 19 previous attempts on goal, and he also provided the assist for Kurt Zouma, the first time the Blues have scored from a corner since February.

It's an absolute screamer for Reece James' first Premier League goal for #CFC!

No Chilwell, no problem. Versatile former Atalanta man Timothy Castagne – who can cover both full-back positions – slotted right into the Leicester City lineup without much fuss, looking assured in defence and dangerous going forward in a man of the match performance. He lurked in the box before pouncing on an opportunity to head home and give the Foxes the lead against West Brom too, playing a crucial role in their 3-0 victory. Two bonus points were the least he deserved.

Did we all overlook Lucas Digne for our FPL teams? One of the most creative players in the league last year, the Frenchman made his 12th Premier League assist since joining Everton, setting up Dominic Calvert-Lewin for the winner against Spurs. His 147 chances created are the most by any defender in Europe’s top five leagues since the beginning of the 2018/19 season. Baller.

Doubt him at your peril, fantasy managers. Mo Salah put on another vintage masterclass against Leeds United on Saturday, scoring a hat-trick in Liverpool’s 4-3 win.

The Egyptian winger lead the way in the league on the opening weekend in terms of shots (9), shots on target (3), shots inside the box (8), expected goals (1.87 xG) and, of course, goals scored. He also had a whopper 88 touches of the ball, 21 of which were inside the box.

Following his move to St. James’ Park, Jeff Hendrick looked a new man in Newcastle United’s midfield at the weekend. His work rate was as good as ever, but he played a much greater role in the Magpies’ buildup here than he ever seemingly did for Burnley.

While the Irishman did have a good four year spell at the Clarets, it’s clear that he needs more licence to be involved in the attacking phase. Handed that impetus by Steve Bruce, he answered with a terrific goal and an assist for Callum Wilson.

And the best debut of the weekend goes to Willian, who absolutely brilliant for Arsenal on the opening day. The Brazilian winger was involved in everything the Gunners did going forward, supplying a hat-trick of assists, the best of which was his excellent cross field ball to Pierre-Emerick Aubameyang for the team’s third.

Two years ago Jorginho made his debut for Chelsea on the opening day of the season and scored a penalty against Huddersfield Town. It was deja vu for the Brazilian against Brighton on Monday night, as he converted yet another opening day spot kick, beating Mat Ryan with a hop, skip and a jump. The midfielder then went on to provide the assist for Reece James’ wonder goal to come away with a nice haul.

Jorginho rarely misses from the spot and he gets The Blues up and running for the season!

Last season’s Golden Boot winner got off to the ideal start with two goals from the penalty spot against West Brom, earning himself a tidy 13 points in FPL.

Read: Fantasy Premier League: 20 of the best FPL team names you should consider this season