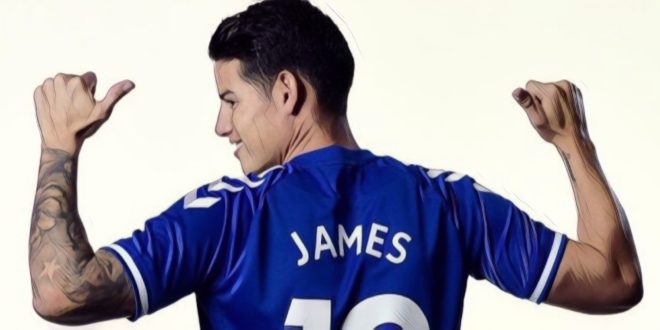 Seven of the best Premier League debutants from the opening gameweek

Premier League fans got their first glimpses of summer signings as the division made its return this weekend, with several new faces impressing in revamped sides during a fascinating opening round of fixtures.

Each of the additions will have been hoping for a dream debut as they bid to win over their new side’s supporters, and we’ve decided to look at those who made the best first impressions this weekend.

Here are seven of the best Premier League debutants from the opening gameweek:

Arsenal have struggled defensively for what seems to be an age, with the signing of a new centre-back a priority for Mikel Arteta as he continued his rebuild at the Emirates this summer.

The club’s scouting network opted for the signing of emerging star Gabriel Magalhaes from Lille, and its looks like money well spent based on the evidence of the defender’s debut at Fulham.

Gabriel’s commanding display has swiftly raised hopes that a longstanding issue has finally been addressed, the Brazilian flawless in the centre of a back three formation at Craven Cottage, making more tackles and more clearances than any of his teammates.

And he was named Man of the Match. 💪 pic.twitter.com/8chEE401rA

The 22-year-old also registered an impressive 95% pass accuracy and capped his fine performance with a goal, heading home Willian’s corner to open his account for the north London side.

There will be sterner examinations than this but it is clear to see why Arteta pursued a £27m deal for the player despite Arsenal’s abundance of centre-back options, Gabriel a player who looks like he could instantly improve a side who continue to quietly progress.

Carlo Ancelotti had a clear idea when assessing his summer transfer targets, taking one look at a powderpuff Everton midfield and bringing in a trio of signings to galvanise his squad.

Alongside fellow debutant Abdoulaye Doucoure at the heart of the club’s midfield this weekend was Allan, who produced a fine display as Everton secured an impressive 1-0 victory at Tottenham.

The £22m signing from Napoli has been described as a ‘defender’s dream’ by teammate Michael Keane, the tenacious star providing the defensive screen in an Everton side which looked solid throughout at the Tottenham Hotspur Stadium.

An all-action debut saw the Brazilian make four tackles, three clearances and two interceptions, covering plenty of ground and adding an authoritative presence to the spine of the side.

It was an impressive display in an encouraging performance for Everton, who have ambitious plans to push the top six this season.

Premier League Team of the Week for Gameweek 1

Jack Harrison has taken an unorthodox route to the Premier League after leaving Manchester United’s academy as a teenager to head to the United States for education, eventually being drafted in MLS before returning to English football with Manchester City.

The winger is yet to make a first-team appearance for the club and this weekend began his fourth consecutive season out on loan, the third in succession with Leeds United after helping the side to promotion last season.

Harrison has progressed significantly since Marcelo Bielsa’s arrival at Leeds and provided a demonstration of his talents this weekend, giving Trent Alexander-Arnold a torrid evening as the newly-promoted side gave Liverpool a scare at Anfield.

What an equaliser by Jack Harrison 😱

The 23-year-old scored the first of three Leeds equalisers in fine fashion during the 4-3 defeat to the champions, cushioning a long pass from Kalvin Phillips superbly before ghosting past challenges from Alexander-Arnold and Joe Gomez and firing home.

It was a moment of magic for a player desperate to prove himself at the very highest level, Harrison a fine example of the work Bielsa has done at Elland Road, turning a squad packed with players needing direction into a well-drilled top flight outfit.

Arsenal began the new season in superb style with a comfortable win over Fulham in the division’s opening fixture, with another of Mikel Arteta’s summer signings proving influential to their 3-0 victory.

The aforementioned Gabriel shored up the Gunners’ defence but it was Willian – a free transfer signing from London rivals Chelsea – who was the architect of their attacking play, having a hand in all three goals and finishing the clash with two assists to his name.

The Brazilian was in excellent form over the second half of last season and maintained that heading into the new campaign, shining in his new colours and linking brilliantly with Arsenal’s attacking options.

I'm very happy with my debut! Great team work guys! But it's only the beginning, let's keep working hard! Thanks for all the support Arsenal fans!💪👊 #arsenal #premierleague #debut #W12 pic.twitter.com/eDpl9eSNjt

Willian was prepared to drop deep and involve himself in the club’s build-up play, his ability in tight spaces making him comfortable in receiving the ball in difficult areas.

The 32-year-old’s assists came via a corner and a perfect cross-field pass to Pierre-Emerick Aubameyang, whilst he came close to opening his own account with a free-kick that struck the post.

Willian’s creativity and quality already makes him look like arguably the bargain buy of the summer window, Arteta’s decision to start the winger ahead of club-record signing Nicolas Pepe entirely justified based on this display.

Steve Bruce looked for Premier League proven talent when assessing his options in the summer market, signing a quartet of new additions to date, each with experience of playing in England’s top tier.

The least heralded of those arrivals was the free transfer capture of Republic of Ireland international Jeff Hendrick from Burnley, with Newcastle fans viewing the midfielder as a prime example of the club’s lack of ambition.

Those assessments may have been slightly changed following a hugely impressive first performance for the Magpies, however, Hendrick starring during the club’s 2-0 win over West Ham at the London Stadium.

The 28-year-old was tireless in a roaming position on the flank, drifting inside into dangerous areas and finishing the clash with a goal and an assist to his name.

Hendrick provided the opener for fellow debutant Callum Wilson with a clever flicked header, before firing home a superb second as Newcastle began the season with three points against the Hammers.

Hendrick may not be the most fashionable signing of the summer window, but the Bosman arrival could yet prove one of the best value if he maintains this level of performance.

The marquee arrival in Everton’s trio of midfield signings, the club’s capture of James Rodriguez from Real Madrid viewed as a significant coup for the Toffees and evidence of the pulling power of manager Carlo Ancelotti.

Rodriguez became one of the world’s most expensive footballers when signing for the Spanish giants six years ago and despite a wealth of trophy successes at both Real and Bayern Munich, has endured a frustrating period of late.

The Colombian international’s decision for a fresh venture with Everton has made headline news, and it will be hoped that the prospect of regular first-team football can see a magnificently talented player return to his very best.

That's the most by a player on their Premier League debut since Alexis Sanchez in 2014.#TOTEVE pic.twitter.com/Rv3if1f3yy

The first signs were hugely positive following Rodriguez’s performance at Tottenham as the 29-year-old created five chances for his teammates, the most any player has made on their Premier League debut since Alexis Sanchez for Arsenal six years ago.

Rodriguez drifted inside from the right to carve opportunities with his sweet left foot, the summer signing adding a touch of creative class to a new-look Everton side.

Leicester have been quiet in the summer transfer window despite the sale of Ben Chilwell and the club’s qualification for the Europa League, with the arrival of Timothy Castagne their only notable arrival to date.

The Belgian international has signed a long-term deal after arriving from Italian high-flyers Atalanta and wasted little time in introducing himself to the Foxes’ fans, heading home the club’s opener during their 3-0 win at West Bromwich Albion.

Castagne is a versatile talent who is comfortable operating on either flank, with the 24-year-old showcasing his athleticism with an industrious display at right-back this weekend.

Brendan Rodgers believes the defender is ‘built for the Premier League’ and lavished praise on Castagne’s running power following a dream debut, the star helping a makeshift Leicester defence to a clean sheet as the club began the new campaign with victory at the Hawthorns.