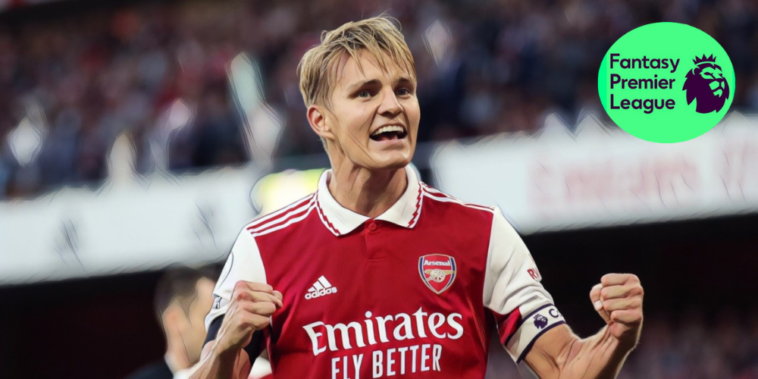 Fantasy Premier League makes its much anticipated return next week with a mid-season World Cup having brought an unprecedented pause to the FPL season.

FPL managers have been handed unlimited transfers before the season resumes on Boxing Day, allowing bosses to make multiple changes to their squad if required.

Ahead of Gameweek 17 and the return of FPL, we look at five options to consider.

Marcus Rashford continued his strong start to the season into England’s World Cup campaign, with the Manchester United forward finishing as the Three Lions’ joint-leading scorer in Qatar with three goals.

Rashford’s return came despite limited involvement, having started just one game for Gareth Southgate’s side. He scored three goals in just 137 minutes on the pitch for England, at an average of a goal every 46 minutes.

He has eight goals in 15 starts across all competitions for the Red Devils this season and could be handed a more prominent role following Cristiano Ronaldo’s exit. Erik ten Hag recently hailed the forward and compared his threat on the last line to Kylian Mbappe.

“When Marcus’ positioning is on the back of the defending line, there is almost no better player in the world. There is [only] Mbappe in this moment.”

Rashford’s classification in FPL as a midfielder adds to his appeal, ahead of fixtures against Nottingham Forest (H), Wolves (A) and Bournemouth (H).

Reece James will look to put his World Cup disappointment behind him as Chelsea look to improve under Graham Potter and climb into the top four.

The right-back missed the tournament with a knee injury, but is in line to return as Chelsea face Bournemouth (H) in Gameweek 17, having resumed full training.

it’s been a while but back like we never left! 💯 pic.twitter.com/8v2IjJ0DIW

James has the potential to haul huge numbers across the next three gameweeks, with Chelsea facing each of the three promoted teams. After clashes with Bournemouth and Nottingham Forest, Gameweek 19 will also represent a double gameweek for the west Londoners as Chelsea take on Manchester City (H) and Fulham (A).

James was directly involved in 14 goals in just 22 starts for Chelsea last season which, coupled with his clean sheet potential, offers all-round threat.

Martin Odegaard was one of FPL’s in-form assets before the season’s break, recording two double-digit hauls in three fixtures before the World Cup.

The Norwegian scored three goals and provided an assist in three games before the campaign’s pause and has grown into his role as Arsenal’s captain and creative catalyst. He has six goals in 13 league appearances this season, just one short of the total he managed across the entire 2021/22 campaign.

He found the net again as Arsenal warmed up for the season’s return with a friendly win against AC Milan, opening the scoring in a 2-1 victory over the Italian champions in Dubai.

With the benefit of a mid-season break following Norway’s failure to reach the 2022 World Cup, he will be raring to go as league leaders Arsenal return against West Ham on Boxing Day.

Harvey Barnes is another who found his goalscoring groove before the season’s break, with his purple patch helping Leicester climb away from the bottom three.

Barnes averaged 6.8 points per game across the final five gameweeks before the World Cup and has scored five goals in his past eight Premier League appearances for the Foxes.

That run saw Leicester win four from five before the break, with a narrow defeat to Manchester City the only blemish on an otherwise perfect record.

Brendan Rodgers’ side will want to continue their upward trajectory when the Premier League kicks off on Boxing Day. The Foxes face Newcastle and Liverpool in a tricky start, before winnable-clashes against Fulham and Nottingham Forest in early January.

Wilfried Zaha could be a fine short-team pick to add goal threat to your midfield, with the Crystal Palace talisman boasting both form and fixtures.

Zaha scored twice as Palace warmed up for the season’s return with a 2-1 friendly win over Spanish side Real Valladolid last weekend, and is the Eagles’ leading scorer this season on six Premier League goals.

Palace have struggled for consistency this season, but Zaha has been central to the attacking threat that Patrick Vieira’s side have carried. He leads the club’s rankings for shots, shots inside the box, big chances and shot on target so far this season.

Palace resume the season with clashes against promoted sides in Fulham (H) and Bournemouth (A) who, despite sitting outside the bottom three, have been defensively vulnerable this season. In terms of expected goals against (xGA), Fulham rank 20th and Bournemouth 18th across the entire Premier League. There could be chances for Zaha and Palace in the opening weeks of the season’s return.