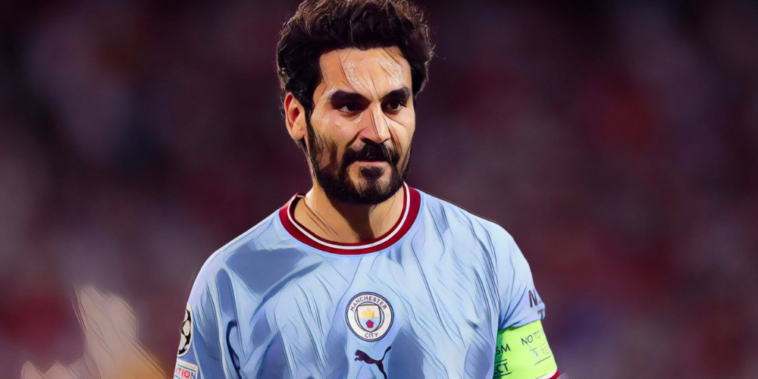 Barcelona have ended their interest in signing Ilkay Gundogan on a free transfer from Manchester City.

Gundogan had been a target for the Spanish side as the club consider replacements for Sergio Busquets at the base of the midfield, with the German an appealing option as he approaches the end of his contract at the Etihad.

Xavi is understood to have viewed Gundogan as an ideal replacement given his technical qualities, while the midfielder could be open to a new challenge after seven seasons in the Premier League.

However, Sport are reporting that Barcelona have ended their interest in the Germany international, with reservations over Gundogan’s age. He turned 32 in October and the club are keen to target a player with a younger profile.

That stance could also rule out moves for Chelsea duo N’Golo Kante and Jorginho, each of who are also out of contract at the end of the season and have been linked with the Camp Nou.

Leicester’s Youri Tielemans has, however, been named as a target for the Catalan club with the Belgian set to become a free agent next summer, while Wolves’ Ruben Neves is also on the club’s radar despite the fee that would be required to prise him from Molineux.

Barcelona’s top target is understood to be Real Sociedad’s Martín Zubimend, but there are reservations over whether they can meet his release clause given the financial restraints on the club at present.

Read Also – Messi, Qatar, and the fulfilment of a football fairytale