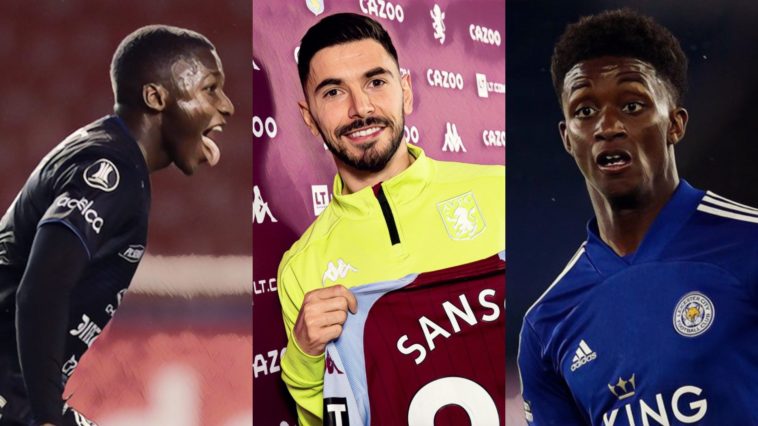 The Premier League has been the epicentre of transfer dealing in football for quite a while now, but let’s be honest: the January transfer window was a bit of a damp squib.

That’s more reflective of the current climate the sport finds itself in than any inherent unwillingness to get deals done; if the money was there, you bet they would still be spending it.

But with supporters still not allowed to return to stadia during the coronavirus pandemic and broadcast deals shrinking, every club is being sensibly careful with their money.

So while there hasn’t been the usual splashing of cash and big name moves, there have been a few notable moves that haven’t received a great deal of media coverage. Let’s fix that.

The Premier League January transfers that flew under the radar:

Whispers and murmurs about Morgan Sanson potentially moving to a bigger league have been heard for years, but it felt like it was never going to materialise. Then Aston Villa swooped in to add depth to their midfield by paying Marseille £16m for his services.

Sanson, who played in a double pivot with Fulham’s Andre-Frank Anguissa in the Europa League Final in 2018, is a holding midfielder, but can also perform in a more advanced role.

It’s slightly odd that this move was talked about so little, considering it was the biggest fee paid by a Premier League club during the winter transfer window (if you discount moves agreed prior to January, but only processed last month).

Five years ago Demarai Gray joined Leicester City in January of the 2015/16 season, just in time to pick up a Premier League winners medal. An exciting prospect at just 19 years of age, he arrived from Birmingham City for just under £4m. In the five years since, however, he has not developed into the talent the club would have hoped.

Still only 24-years-old, Gray has a chance to reinvent himself at Bayer Leverkusen. Bundesliga clubs seemingly believe in English talent more than English clubs do, so it might be the ideal environment for him.

The Foxes also finally got Islam Slimani off their books, the Claudio Ranieri signing that just never fit into the team.

Five of the best Englishmen currently plying their trade abroad

Few clubs in recent years have wasted big fees on players who weren’t quite good enough as often as Everton. £25m on Yannick Bolasie in 2016 didn’t seem like money well spent at the time, and when he suffered an ACL injury just five months into his time at the club it was pretty much guaranteed to be a bust there and then.

Four and a half years on and four loan moves later, the DR Congo international is still surplus to requirements at Goodison, having made zero appearances in three seasons. His latest loan sees the former Crystal Palace winger join Middlesbrough to help them in their bid to reach the Championship playoffs.

Everton also sent Jonjoe Kenny out on loan for the fourth time, this time to Celtic. Whenever the full-back is seemingly on the verge of breaking into the first team, Seamus Coleman returns to his former levels. It might just be time for him to move on permanently in the summer.

Edinson Cavani, the luckiest signing of the season, has been an ideal fit for Man United

An exciting prospect sought after by several Premier League clubs, including Manchester United and West Ham, Moises Caicedo could turn out to be an absolute steal for Brighton if the midfielder’s promising talent develops further.

The Seagulls’ academy is bulging with talent, and Caicedo wasn’t the only addition last month. The club also signed teenager Evan Ferguson, who made his senior debut in a friendly against Chelsea in 2019. He moves for an undisclosed fee from League of Ireland outfit Bohemians.

Meanwhile, another Irish prospect, Jayson Molumby, was sent out on loan to Preston North End. There are high hopes for the midfielder, who has five senior international caps with the Ireland team.

Is Moises Caicedo the Premier League’s next big thing?

Ah, Gedson. We hardly knew ye. Well, that’s because you barely played for Tottenham Hotspur during your 18-month loan spell at the club, which was terminated six months early. The Benfica loanee was included in just three matchday squads in the Premier League this season and had no prospect of gaining further minutes.

This was a truly terrible deal by Spurs, who did not bring in any backup for the injured Harry Kane (again). They did, however, send out a few notable names on short-term loan deals.

Paulo Gazzaniga was sent to Elche, confirming Joe Hart as the de facto number two to Hugo Lloris, while Jack Clarke will take another spin on the loan market merry-go-round by joining Stoke City. Promising striker Troy Parrott had his loan at Millwall cut short so he could go to Ipswich instead, and Mauricio Pochettino’s son, Maurizio, has joined Watford until the summer.

Deadline Day Folklore: When Peter Odemwingie rocked up to Loftus Road only to get locked out

Since moving from Leicester to Chelsea in 2017, Danny Drinkwater has made plenty of headlines – it’s just that not one of them have come from what he can do with a football.

The English midfielder, who won the Premier League title in 2016, has been done for drink-driving, been involved in a fight outside a nightclub, and just two months ago he lashed out at a 16-year-old during a match by kicking him in the back of the leg.

Somehow assaulting a child when they have their back turned to you isn’t even enough for Chelsea to give him the sack. Instead, they have sent him on loan to Turkish side Kasimpasa, a club you’ve probably never heard of before.

Once an England international on the verge of going to a European Championship, Drinkwater barely makes a ripple in the sports pages. Good riddance.

A player who could never make his mark in the Premier League, Max Meyer arrived at Crystal Palace in 2018 with a reasonable degree of hype. The German, who had played for the international team at the Rio Olympics, was lauded for his dribbling ability and speediness, yet he didn’t take off in the way the Eagles hoped.

Meyer’s minutes diminished over time to the point where he didn’t play a single minute in the current campaign, leading to his release in December. FC Köln have since picked him up on a Bosman, ending his stagnation in England.