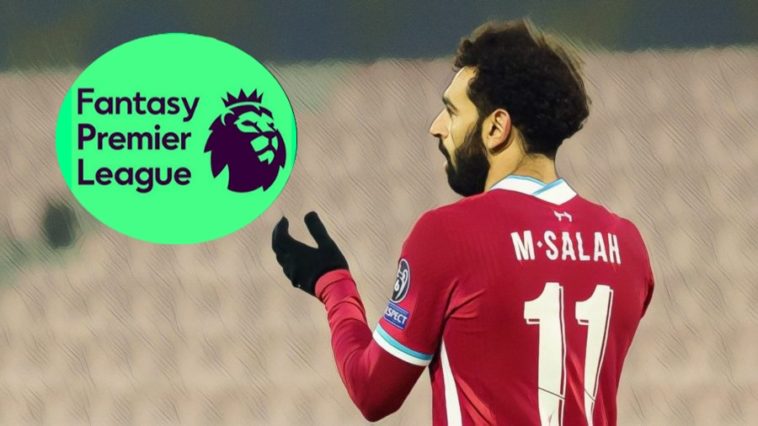 Fantasy Premier League has been a wild ride this season, thanks largely to unpredictable results, last-minute postponements and a huge spate of injuries and coronavirus positives ruling out players at key junctures.

That’s we’ve decided to take a broader look at the upcoming month of football in February, using recent form, underlying statistics and future fixtures to find the must-have players to transfer in over the next few gameweeks.

My colleague Harry Diamond and I came up with five players each who we think will bang between gameweeks 22 and 26 on the most recent episode of The Fantasy Faithful podcast, so you can listen to the full list on whichever podcast provider you use. Or watch it on YouTube. For now, read about five of the outstanding candidates we chose.

Following a barren spell in which the Liverpool winger went an unthinkable six Premier League games without scoring, many FPL managers dumped Mo Salah during January. That worked out well for a time, but he bounced back in a big way against West Ham to punish his sellers.

Salah’s brace at the London Stadium means he has pulled away at the top of the scoring charts on 15 goals, three ahead of the nearest players, Harry Kane and Son Heung-min. Most encouraging, however, is the fact that Liverpool as a whole look far better, winning both of their last two matches by an aggregate scoreline of 6-2.

The Egyptian was unlucky to have a goal ruled out against Spurs last week, but his two goals against the Hammers were pure excellence personified. No player in gameweek 21 had more shots (7) or shots on target (4) than him.

Liverpool have some tricky fixtures upcoming this month, but do you really dare go without him in your fantasy team?

Already one of the most owned players in FPL, Jack Grealish is one to hold onto and bring in immediately if you don’t already have him in your team.

The Aston Villa star is joint-fifth for FPL points with 119, while his underlying numbers are exceptional; he leads the league for key passes, shot-creating actions, goal-creating actions and expected assists, whilst only Kevin De Bruyne and Harry Kane can better his assists per 90 ratio.

Villa’s squad does not have especially great depth, so the added load of their games in hand could stretch them too thin and affect the team’s performance level. However, they are out of the cup competitions and don’t have European football to contend with, so their full focus is on the Premier League.

With multiple double gameweeks on the horizon for Villa, a triple up on their assets may not be out of the question.

Fantasy Premier League: Four of the best captains for gameweek 22

One of the debates ongoing in the world of FPL is which Leicester City midfielder to jump on: James Maddison or Harvey Barnes?

Maddison is certainly the more talented of the two and has more goal involvements (11) than his teammate (10) despite having three fewer starts. But Barnes feels like a potentially more explosive FPL asset, not to mention a cheaper one.

With Jamie Vardy out with a hip injury, Barnes becomes more of a focal point in attack with his direct running and ability to get shots in the box.

Vardy’s absence is undoubtedly worrisome for the Foxes, but even in the last five gameweeks before he had surgery, Barnes scored more goals, attempted more shots and shots on target, and completed more key passes.

Barnes is already their main attacking outlet and has returned either a goal or assist in six of the last seven matches. Owned by just under 9% of FPL managers, he is arguably the best differential in the game right now.

Wilfred Ndidi’s absence due to injury will upset the balance of the squad, as seen during the 3-1 defeat to Leeds United for which he was unavailable. But Brendan Rodgers has a way of figuring out clever tactical fixes which will help Leicester stay on track for a top four spot.

Since returning from injury, Michail Antonio has two goals and an assist in four starts. The West Ham United striker’s only blank in that run came against a Liverpool team in the mood to do damage, so we’ll let him away with that.

The Hammers have been otherwise impressive of late, with their previous last defeat coming on 21 December against Chelsea. That has made their cheap assets great value in the FPL market, with Tomas Soucek, Aaron Cresswell and Vladimir Coufal all proving popular in the last month.

But Antonio is the must-have striker in the game this month in our eyes. Over the past four games no forward has had more shots (12), big chances (4) or expected goals (2.27xG).

Against Crystal Palace last week Antonio could have easily scored a brace, but he hit the woodwork twice and missed a great chance for which he didn’t have time to adjust and get a clean shot off. At £6.6 he offers exceptional value and is not a risk for rotation after West Ham chose not to buy a new striker in January.

Two goals and zero assists in the last ten Premier League games does not scream “must-have player”, but Wilfried Zaha is a tantalising differential heading into February.

After going through a rocky patch following the 7-0 defeat to Liverpool in December, Crystal Palace’s performances have picked up and they are coming off the back of a win over a stubborn Wolves side.

Zaha’s underlying numbers are nothing to get overly excited about, but he did score against West Ham last week and should have had another against Wolves, only for his effort to smack off the crossbar.

The most attractive thing about Zaha as an FPL transfer target is Palace’s fixtures this month. None of the five teams they face are in the top half of the table, while four of them are actively in a relegation battle.

With the Ivorian international their main source of attacking returns this season, it stands to rights that he should benefit most. Seven of his 12 goal involvements this season have come against bottom half sides.