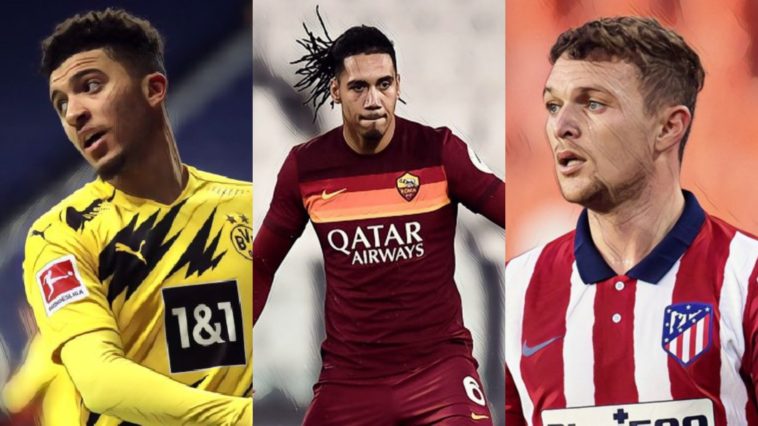 England’s finest footballers have traditionally opted to remain on these shores given the grand allure of playing in the Premier League, though an increasing number of stars have recently chosen to leave their comfort zone in search of a new venture abroad.

Demand for English players from foreign sides has perhaps never been greater and we’ve decided to look at five of the best currently absorbing different footballing cultures on the continent.

Kieran Trippier’s surprise decision to broaden his horizons with a move to Spain has been a good one for the full-back, whose career at Tottenham Hotspur had appeared to be stagnating following a difficult 2018/19.

Tripper had starred for England at the previous summer’s World Cup as the Three Lions reached the last four in Russia, but his form suffered a sharp decline on his return and he found himself on the fringes at Spurs.

Many expected a move at the end of the season with Premier League high, but it was Atletico Madrid who launched a surprise swoop for the right-back and landed Trippier in a £20m deal.

Trippier joined an Atletico side famed for their defensive resilience under Diego Simeone and quickly established himself as a first choice, providing a match-winning assist on his debut and becoming a favourite at the Wanda Metropolitano.

He made 25 league appearances during his debut campaign and won admirers for his consistency despite a difficult domestic campaign for Atleti, whilst he proved an influential figure in the Spanish side’s Champions League elimination of holders Liverpool.

This season the 30-year-old’s creativity from full-back has again been evident with five assists in just 14 league starts, though his progress has been halted following a 10-week ban for breaching gambling restrictions.

After falling out-of-favour in north London he has become a fixture in the Spanish capital and regained his place in the England squad as a result, with Manchester United having been linked with bringing the Bury-born star back to the Premier League.

Why we still love the 90’s Coventry City side of Dublin, Gary Mac and Huckerby

Chris Smalling’s latter career at Manchester United had seen the defender become a much-maligned figure, the centre-back having become synonymous with the mediocrity that followed the retirement of Sir Alex Ferguson.

Once a regular for club and country, Smalling had tumbled down the pecking order at Old Trafford and signed for Roma on loan ahead of the 2019/20 season, offering the star an exit and potential to rebuild his reputation away from the Premier League spotlight.

The move proved the perfect match for club and player as Smalling became a fixture in the Italian capital, establishing himself as one of the division’s most reliable defenders during a hugely impressive campaign.

Smalling’s performances even raised tentative suggestions of a return to Manchester and an England recall, with the centre-back having won the last of his 31 international caps back in 2017.

Those scenarios ultimately never came to fruition but Roma were more than happy to secure his signing on a permanent basis during the summer, splashing out £18m on a player who had made a big impact on the club’s defence.

Smalling has struggled with injuries this season but has returned to the side in recent weeks, making 13 league appearances for a Roma side just six points adrift of league leaders AC Milan.

Germany has proven a hotbed for emerging English talents in recent seasons with Jamal Musiala the latest prospect making an impression in the Bundesliga, breaking into Bayern Munich’s senior side.

Musiala previously spent eight years in the academy system at Chelsea before making the move to Munich in 2019, starring for the Bavarian outfit’s youth sides to quickly earn a promotion to the first-team set up.

The teenager became the youngest player to feature for Bayern in the Bundesliga when making his debut aged 17 years and 115 days in June, before becoming the German giant’s youngest league scorer after netting in an 8-0 thrashing of Schalke in September.

Musiala has featured predominantly in central midfield this season and has three goals from 13 appearances, the 17-year-old’s regular run of football in the best side in Europe a testament to his talents.

England face a fight to convince Musiala to pledge his allegiance to the Three Lions, the youngster born in Germany to a Nigerian father and German mother before moving to England as a child.

He represented England at U-15 and U-16 level before switching to Germany’s U-16 side, only to move back to England and the starlet has since been capped up to U-21 level.

Gareth Southgate will be keeping a close eye on his progress ahead of a potential introduction to the senior fold, with the youngster’s current rate of trajectory offering promise of a huge future in the game.

Jude Bellingham’s brilliant breakthrough at Birmingham City last season saw the midfielder – a little embarrassingly – honoured with the retirement of his shirt number, the club keen to acknowledge their record-breaking academy graduate.

Bellingham became the club’s youngest ever player and goalscorer before establishing himself as one of the best prospects in the Championship, attracting interest from Manchester United before signing for Borussia Dortmund in a £25m deal.

The 17-year-old has since made a bright start to his career in Germany and became Dortmund’s youngest goalscorer on his competitive debut, since making 20 appearances in all competitions this season and forming part of an exciting and youthful attack including Jadon Sancho, Erling Haaland and Gio Reyna.

Bellingham’s game possesses a maturity that defies his age with the teenager’s self-confidence evident in his play, adapting seamlessly to the step-up in quality this season and earning international recognition as a result.

Bellingham became the youngest ever player to represent England’s U-21 side before earning a surprise call up to the senior side, making his debut against Ireland in October with only Wayne Rooney and Theo Walcott having ever represented the national side at a younger age.

The sky appears to be the limit for Bellingham, who is at the right club to develop his talents with Dortmund often a breeding ground for future superstars.

The trailblazer for those considering heading abroad in search of opportunity, Jadon Sancho’s inability to break through the Premier League’s glass ceiling saw the winger make the brave decision to leave Manchester City for Germany.

Sancho signed for Borussia Dortmund and it has proven an inspired decision give his emergence over the past three-and-a-half years, the Bundesliga side providing the platform for the winger to demonstrate his incredible talent.

After fleeting appearances during his debut campaign the teenager burst into life in 2018/19, scoring 12 league goals and providing a further 14 assists to be named in the Bundesliga’s Team of the Year.

The 20-year-old has developed into one of world football’s finest young players and combines fleet-footed flair with a devastating end product, his goal contribution numbers staggering for a player of his age.

Sancho starred once again last season to provide an incredible 33 goal involvements (17 goals, 16 assists) in just 25 league starts, his performances leading to a summer long saga as Manchester United expressed an interest in landing the starlet for a British record fee.

That interest ultimately proved futile, though expect the Premier League’s biggest sides to return with renewed interest for a player many have tipped for superstardom.

The league most certainly will be a better place for his presence should a move come to fruition.

Read: Why are the media so reluctant to call out Jurgen Klopp’s deplorable traits?