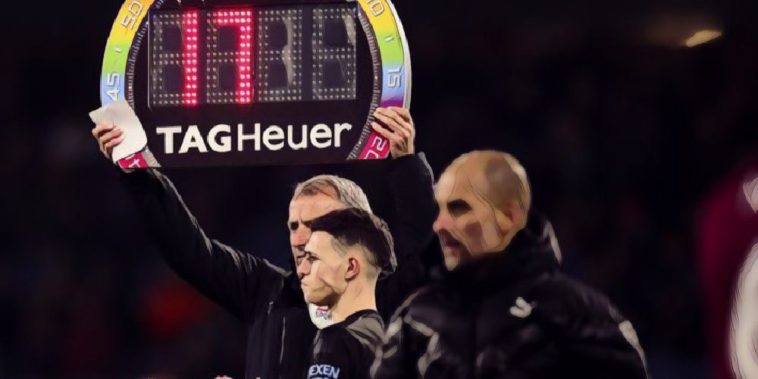 English football is the only of Europe’s major leagues to have reverted back to using three substitutes for the 2020/21 season, the use of additional substitutes having been temporarily introduced following the division’s rapid return from its three month, pandemic enforced hiatus last season.

The matter of continuing with the use of extra substitutes was voted against by a majority of Premier League clubs who believed the ruling would favour the bigger clubs with bigger squads and deeper pockets.

However, with a delayed start and a short pre-season, the English football calendar has been condensed, leaving players at the top of the game being forced to play twice a week, every week since the onset of the season.

In what is a hugely predictable consequence, a whole host of players are starting to pick up an array of injuries, with Liverpool‘s Joe Gomez facing the majority of the season on the sidelines due to a knee tendon injury picked up in training with the national squad.

Meanwhile, fellow England internationals Ben Chilwell, Raheem Sterling, Marcus Rashford and Jordan Henderson have all picked up injuries in the last few weeks, prompting Gareth Southgate to call for the five sub-rule to be revisited.

Now, according to the Guardian, the Premier League could be set to ‘come in from the cold’ by joining the rest of European football in having five subs and an expanded bench, the EFL having announced their plan to revert to the rules on Wednesday.

While a number of managers at so-called lesser clubs are still said to be against it, the report says ‘it will be clear that extra substitutes go some way to helping alleviate fatigue and strain’ in what is a hectic schedule.

The five sub idea has already been rejected twice, though the report adds that it is ‘increasingly likely the topic will be broached again’ though there is so far ‘no proposed timing for a potential third vote, or a date for another meeting at which a vote could be held’.

The likes of Pep Guardiola and Jurgen Klopp have been two of the most vocal of top-flight managers to call for the change, while there is also support from managers outside the big six sides, including David Moyes, Ralph Hasenhuttl and Steve Bruce.