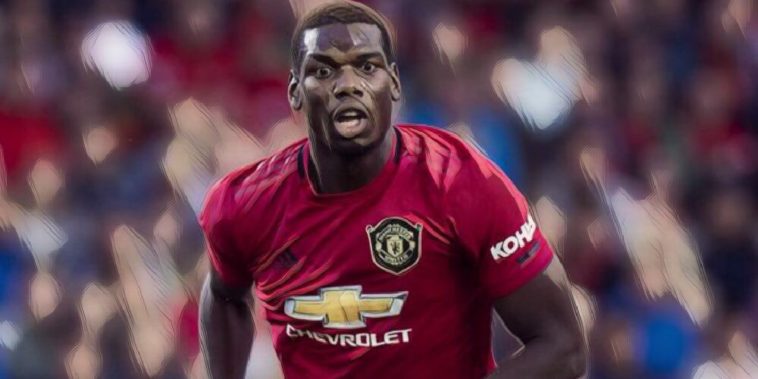 Paul Pogba is apparently a candidate to wear the captain’s armband at Manchester United this season after displaying a ‘superb’ attitude in pre-season.

The World Cup winner openly admitted that he wanted to leave Manchester United this summer, saying he wanted ‘a new challenge somewhere else,’ with Real Madrid and Juventus most heavily linked.

There were fears that he would fail to show up for the flight for United’s pre-season trip to Australia and Asia, but having turned up with the rest of his teammates, he went on to put in some decent, professional displays.

He was left out of the 2-2 draw against AC Milan in Cardiff last weekend after suffering a minor back spasm, with certain sections of the media reporting that he had refused to travel in order to force a move.

Those claims were rebuffed by Ole Gunnar Solskjaer, and with the Premier League transfer window now closed, it seems likely that he will be forced to stay at Old Trafford.

Real Madrid did make tentative approaches for Pogba’s signature through the summer, though none came remotely close to matching United’s £150 million valuation.

Now, according to The Mirror, Pogba ‘has held a series frank and honest talks’ with his manager, with a source allegedly telling the newspaper that his attitude during pre-season has been ‘superb’.

The 26-year-old has apparently told Solskjaer that he will not become a divisive force within the Old Trafford dressing room after failing to get his dream move to the Bernabeu and is now even a candidate to wear the captain’s armband in the absence of regular skipper, Ashley Young.

United get their campaign underway this afternoon against Chelsea at Old Trafford.

Tweets of the Week: Premier League returns, Bellerin’s accent and the worst player reveal ever