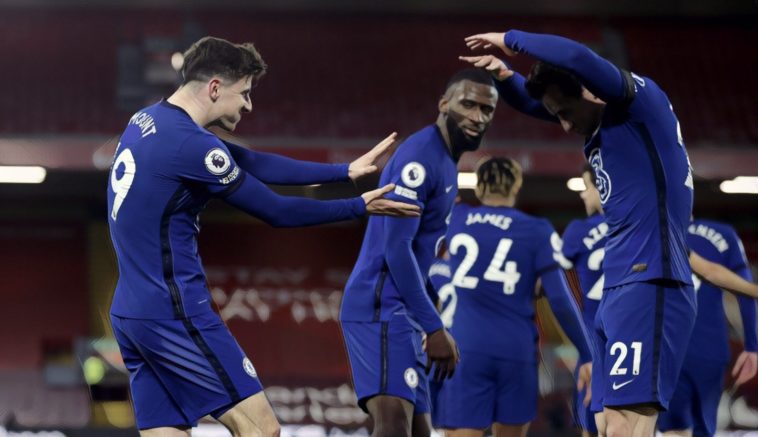 We’re approaching the Premier League’s final stages and the picture is beginning to become clearer, Manchester City leading the chasing pack by some distance and favourites to secure a third league title in just four seasons.

The race for the top four and for survival are a little more open, whilst there also remains plenty to play for in terms individual accolades with the division’s Golden Boot and Player of the Season awards up for grabs.

Ahead of the run-in, we’ve offered our best advice when it comes to betting tips and predictions, here are our suggestions for some of the Premier League’s biggest talking points.

Here are our picks for the top Premier League predictions and selections this season:

Securing Champions League football is of huge importance to England’s elite and the race for a top four finish is as hotly contested as any season in recent memory.

Manchester City’s odds of 1/1000 are reflective of their status as runaway league leaders, whilst Manchester United’s derby day win this weekend opened up an eight-point advantage over fifth-placed Everton and strengthened their position in second.

Our suggestion would be Chelsea, and whilst their odds of 2/5 may not be huge the west Londoners offer great value given the progress the club have made since Thomas Tuchel’s appointment in January.

Chelsea are unbeaten in eight league games under the German’s management and have kept six clean sheets during that period, a move to a back three formation increasing the Blues’ solidity and providing a solid platform for their attacking stars to flourish.

Tuchel’s side face fellow top four hopefuls Everton (4/1) this evening before a promising run of fixtures, games against Leeds, West Brom, Crystal Palace and Brighton providing Chelsea a chance to cements their place in the division’s top four.

Leicester (4/7), Tottenham (5/2), West Ham (9/2) and Liverpool (3/1) are the other teams in contention, though it is Chelsea who, in our eyes, have the greater chance of producing consistent results.

The end of season accolades always bring much intrigue and the race for the Premier League’s Golden Boot looks set to be fiercely contested until the end of the season, just one goal currently separating the three frontrunners for the gong.

Mohamed Salah (1/2) leads the way on 17 league goals, but Liverpool’s wretched recent form and Salah’s own alarming slump mean those odds are far from tempting despite his status as the favourite.

Our selection would be Harry Kane who is currently in the midst of a superb individual campaign, ranking joint-second for goals and leading the Premier League for assists as the focal point of the Tottenham attack.

The recent resurgence of Gareth Bale appears to be benefitting the England captain further with the duo scoring twice each in the win over Crystal Palace on Sunday, an increasing goal threat amongst Spurs’ options relieving some of the pressure on leading scorer Kane.

Kane has twice previously won the award and could become just the third player – after Alan Shearer and Thierry Henry – to win the award three or more times, and his odds of 6/4 represent great value given his form this season.

Bruno Fernandes (5/1) also has 16 league goals for the season, whilst the odds of the likes of Jamie Vardy (20/1) and Son Heung-Min (20/1) are reflective of the gap they would need to bridge.

Winner of PFA Player of the Year: Ruben Dias

The aforementioned Fernandes is the current favourite to win the PFA Player of the Year following a superb season as Manchester United’s driving force, the midfielder currently found at evens given his performances during the current campaign.

Manchester United, however, have fallen 11 points adrift of the league leaders and with Manchester City champions elect, their players look hugely attractive when it comes to the end of season awards.

Heading a list of candidates is Ruben Dias, whose summer signing has transformed a fragile City backline into the division’s stingiest defence, the league leader’s 15 clean sheets the most in the division.

Pep Guardiola’s side have conceded just 19 league goals for the campaign, whilst the club’s recent 15-game winning run included 10 shut-outs with Dias standing strong alongside John Stones in central defence.

The Portugal international has turned one of his side’s glaring weaknesses into a position of great strength and his ability to make those around him better makes him a viable candidate for the Player of the Season award.

His odds of 3/1 look sound value if, as expected, City are crowned champions in style, ahead of Ilkay Gundogan (6/1) and Harry Kane (7/1).

Bet365 is one of the best sportsbooks in the UK, and they offer excellent odds for Premier League matches and selections. They also have amazing features, as a sports betting platform, and good customer support. For regular Premier League bettors, Bet365 is highly recommended.

888Sport is the sports betting platform of the reputed 888 Group. They are also extremely popular in the betting industry of the UK. You can find some of the best Premier League odds at 888Sport. They also offer a lot of variety in betting options with multiple selections for outrights and individual matches. Features like in-play bets and quick withdrawals are other factors that improve your betting experience at 888Sport.

Unibet sportsbook has been in the UK betting industry for over 20 years, so they are one of the most experienced betting platforms in the country. They also provide extensive coverage of Premier League matches and different types of outright bets. Due to their user-friendly site interface, it’s also very convenient to place regular bets at Unibet. And being one of the top operators, it’s expected of them to have excellent customer support as well.

Who Are The Current Favorites To Win The Premier League 20/21?

With 56 points from 24 matches, Man City is the current favorite to win the Premier League.

No, betting odds are not fixed but can and do change regularly based on different events and the stats and form of teams and their players.

Which Is The Best Site In UK To Bet On Premier League?

Bet365, 888Sport, and Unibet are three of the best sportsbook sites in the UK to bet on the Premier League.

What Kind Of Bets Can I Place In The Premier League?

In the Premier League, you can bet on events for the entire competition, such as teams to win outright and top four, or on individual events of a single match.

Can I Place In-Play Bets In The Premier League?

Yes, many Premier League matches are available for in-play betting in different sportsbooks, provided that the sportsbook offers a live betting feature in the first place.