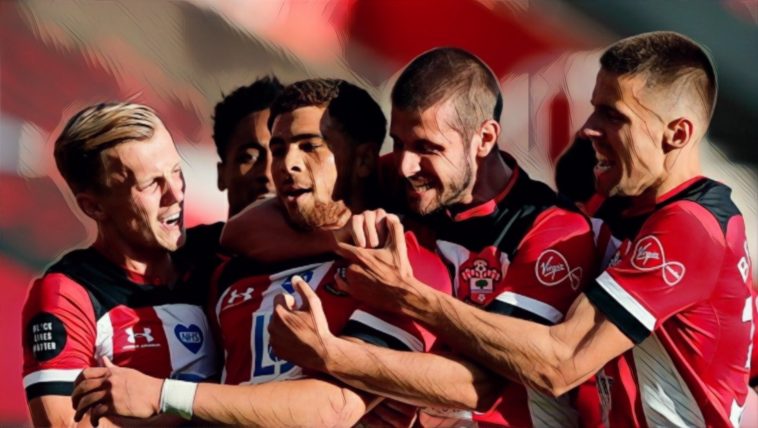 Welcome to our weekly Premier League awards column, brought to you every Monday, featuring Jamie Vardy’s century, Man United’s most important player, Che Adams ends his drought, and the first player to score in every month of the calendar year.

We have our newest member of the Premier League’s 100 club after Jamie Vardy scored a brace against Crystal Palace on Saturday. It’s a remarkable achievement for a striker who started out in non-league football and didn’t make his top flight debut until he was 27-years-old.

The Englishman is now 28th on the all-time list of Premier League goalscorers with 101 goals to his name.

We could have picked from several different Manchester United players this week after they found the net eight times in the space of a few days, but it goes to their most important player right now, Bruno Fernandes.

The Portuguese can do no wrong since moving from Sporting Club in January, providing three goals and two assists against Brighton and Bournemouth to bring his tally for the season to 11 goal involvements in nine league games. He is arguably the club’s player of the year, which is remarkable given he only arrived over halfway through the season.

There are worse ways to open your Premier League account than scoring a 40-yard screamer to beat last season’s champions. It was a sweet moment for Southampton striker Che Adams, whose wonder goal shocked Manchester City on Sunday. Although considering that City have lost nine times this season, can it really be considered a shock at this point?

Kevin De Bruyne continues to mesmerise all of us with his ability to pick a pass, and his assist for Manchester City’s third goal against Liverpool was a thing of beauty.

No matter what angle you watched it from, that win was 🔥🔥🔥🔥

A piece of history that Chelsea‘s Willian probably never expected to make.

12 – Willian is the first player to score a Premier League goal in every month of the year. Diarise. pic.twitter.com/aWxV1Cd9tW

The best football tweets of the week

Wolves played well against Arsenal last week, but just couldn’t break down the Gunners, whose newly found resilience has seen them keep three consecutive clean sheets. It could have been a different story had Adama Traore taken his golden chance in the second-half.

The winger was clean through on goal with just Emiliano Martinez in the net to beat, but he didn’t even challenge the goalkeeper, instead sending his effort over the bar. That could prove costly, with Wanderers slipping three points behind Man United in the top four race.

What a miss by Traore thank god.. Atrocious by us last 5 mins.

Life could have been so different for Mamadou Sakho had the chips landed in his favour. The French centre-back could have been a rotation piece in the Liverpool defence that has won the Champions League and Premier League in consecutive seasons.

Instead, Jurgen Klopp took a disliking to him very early on in his time in charge of the team and he was shipped off to Crystal Palace, for whom he made a calamitous error that gifted Leicester City their second goal of the match on Saturday.

Man united supporters had a collective heart attack on Friday evening when a news story appeared that had the potential to jeopardise their season. The Mirror broke a story claiming that Bruno Fernandes and Paul Pogba had injured each following an accidental clash in training. Oh no!

Only, they hadn’t at all. It turns out the newspaper’s source for this ‘scoop’ was a fake news site that posted a quite obviously satirical article.

So the mirror genuinely used this article to write a story. Bruno and pogba are not injured. #mufc #ManchesterUnited
Check out my views onhttps://t.co/XyTi2DmtGV pic.twitter.com/3Im1MRtEv1