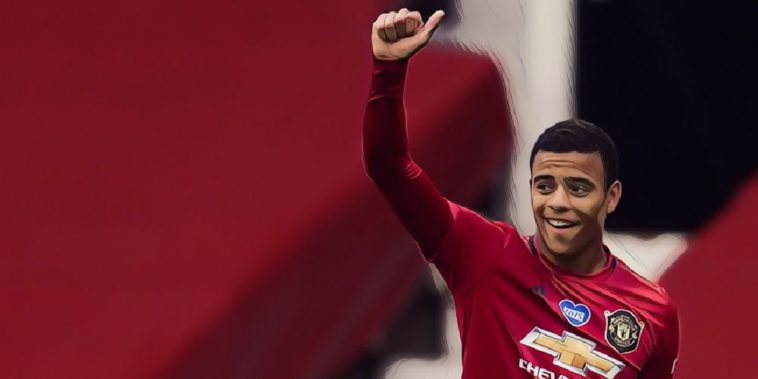 Manchester United continued their pursuit of champions league football with a 5-2 win over a relegation-threatened Bournemouth in a bonkers game that truly deserved a crowd to witness it.

Ole Gunnar Solskjaer’s side came into the game as overwhelming favourites thanks to their 15 game unbeaten run, though surprisingly fell behind against the run of play through Junior Stanislas. The Bournemouth forward capitalised on some sloppy defensive play from the hosts, nutmegging Harry Maguire on the byline before beating David de Gea from the tightest of angles, the Spaniard too easily beaten at his near post.

However, the goal seemed to spark Manchester United‘s attacking play into some kind of fluidity, and when Bruno Fernandes steered the ball into the path of Mason Greenwood in the 29th minute, the youngster took a perfectly weighted touch before firing home with a thunderous strike.

Six minutes later and United were ahead, the Red Devils being awarded yet another penalty this season with Marcus Rashford coolly stroking the ball home from the spot for his 20th of the campaign following Adam Smith’s handball.

As the teams prepared for the half time interval, Anthony Martial got in on the goalscoring act, the Frenchman superbly curling a simply unstoppable strike into the top corner to seemingly put the game out of sight.

However, Bournemouth came out of the traps quickly in the second half, and the introduction of Eric Bailly at the interval unsettled the Red Devils defence, the Ivory Coast international quickly conceding a penalty for a handball right on the edge of the box, with former United academy graduate Josh King making it 3-2, before the visitors had what would have been an equaliser ruled out for offside just minutes later.

The goalscoring madness was not finished there though, Mason Greenwood picking up the ball on the edge of the box, drifting away from goal and firing home what was yet another wonderfully unstoppable strike, this time with his supposedly weaker right foot, before Bruno Fernandes made it five with 31 minutes to play as he whipped in a delicious free-kick.

Speaking afterwards, Ole Gunnar Solskjaer was delighted with his side’s attacking display, insisting his attacking players are ‘working towards a common goal’, while lamenting the lack of a crowd to witness the frenetic action.

“Very, very happy with today – with the energy in the team and the goals we scored,” he told BT Sport. “I think that was a game for the fans. That is definitely one the Stretford End would have enjoyed.

“They are on the same team and working towards one common goal. That is one of the positive things about the forwards they are good friends and keep challenging each other.”

Solskjaer recently said that the sky is the limit for Mason Greenwood, and having witnessed him register his 14th and 15th goals of the campaign, the Norwegian promised to ‘nurture’ the precocious talent who has so often been likened to Robin van Persie.

“He is a fantastic goalscorer,” Solskjaer added. “The moment he chose the goal, they were very important moments for us. He is a very, very talented boy and we will nurture him and manage him as best we can.”

The result moves Manchester United up to fourth ahead of Chelsea, who play Watford on Saturday evening.