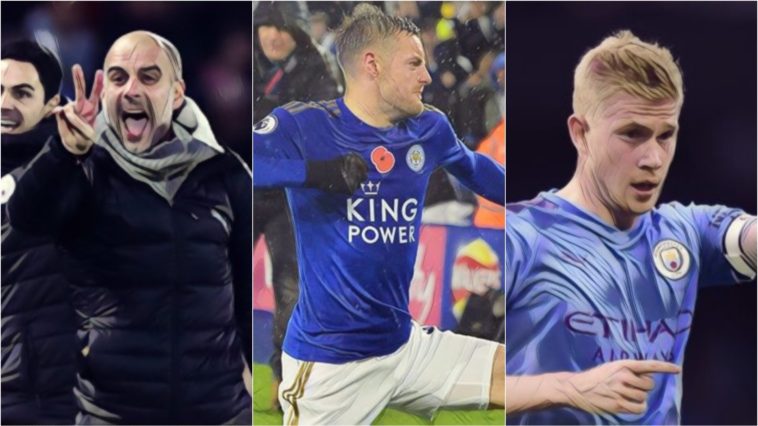 November was a busy month in the Premier League: Liverpool pulled well clear of Manchester City in the table, making the title race look more like a procession; Tottenham Hotspur shocked the football world by sacking beloved manager Mauricio Pochettino and replacing him with Jose Mourinho; Arsenal followed suit and sacked the beleaguered Unai Emery; all the while, Leicester City are enjoying their best run of form since 2016.

I wonder whatever came of that…

It was never really going to be anything else, was it? Pep Guardiola losing his everloving mind on the touchline at Anfield as his Man City side was losing 3-1 to Liverpool might become one of the defining images of the season, if not the decade.

When someone asks how many weeks we have to wait until the return of the Premier League…😩 pic.twitter.com/hlqb72FRl4

The Catalan, who was aggrieved over two hand balls by Trent Alexander-Arnold, shouted “twice” three times at the fourth official, before facing the heavens and screaming “TWICE!!!!!” into the night sky. Pep followed that up with an enthusiastically sarcastic “thank you so much” to the officials at the full-time whistle.

An example of his competitive spirit or proof that’s just a sore loser?

Player of the Month

For the second month running, Jamie Vardy is our player of the month after yet again scoring four goals in four games. There have arguably been better all-round performers in the past month, but has there been anyone more consistent than the former England international?

4 times this season, opposing fans have chanted about his wife. 4 times Vardy has scored. No elite competitor is more motivated by Spite than this man. Learn your lesson Opposing Fans: Chant Sh*t Get Banged pic.twitter.com/GVKDKElbNN

Over four league games in November, Vardy had the most shots on target (9), second-most shots inside the box, third most touches in the box (33), and also chipped in with two assists.

Goal of the Month

No goalkeeper in the world is saving that 🚀 pic.twitter.com/siWhyA1rXt

Pass of the Month

Still thinking about this switch from Trent Alexander-Arnold against Manchester City, to be honest. A perfect 60 yard pass from the Liverpool full-back to Andy Robertson, which put the Scot in acres of space before he himself hit a beautiful cross for Mo Salah to head home.

Miss of the Month

Wilfried Zaha had a glorious opportunity to score a late goal against Liverpool and put a dent in their title ambitions, but the Crystal Palace supremo blazed this chance over the bar and the visitors won the match 2-1:

Zaha really missed the target from there pic.twitter.com/ZX0hztGWet

The Ivorian international did score a very nice goal in the same game, to give him his due.

Save of the Month

For a goalkeeper who conceded three goals against Sheffield United last month, David De Gea had a decent game in nets for Manchester United. The Spaniard made a terrific double save early on in the first-half, first from a John Lundstram effort before denying David McGoldrick at point-blank range.

The Spaniard keeps Man United out of trouble with a fine double save. Should McGoldrick score from there?

Stat of the Month

Howler of the Month

Another entry into the Phil Jones hall of fame.

Mousset gets in behind Jones and pulls it back for Fleck to eventually scramble over the line.

Donkey of the Month

A big round of applause for Manchester United executive vice-chairman Ed Woodward, who simply does not know how to help himself. Perhap when the entire fanbase is angered by your inability to build a squad, you should refrain from using business speak like “multi-year squad evolution analysis“. The former investment banker continually sounds like he’s talking to shareholders and not the club’s supporters.

Read: Why history is not on Man City’s side this season