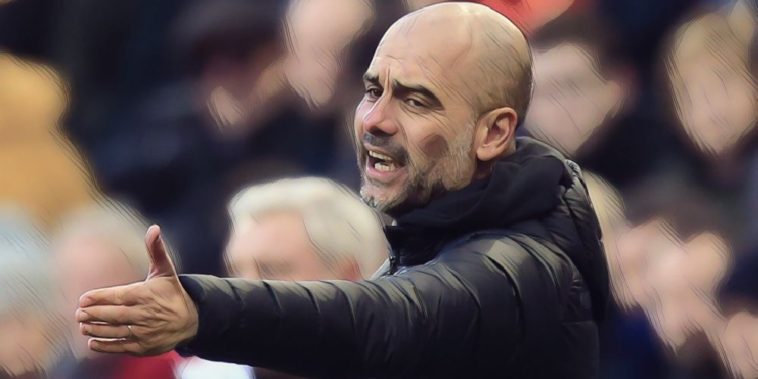 Are Man City still in contention, or is the title race over in December?

By all rights, Manchester City should have hammered Newcastle United at the weekend. They had 24 shots in the match, 15 of which were from inside the box, for an expected goals total of 2.11. The Magpies, meanwhile, took just six shots with only one of them from (just) inside the area for an xG of 0.23. The game ended 2-2, the second time in 2019 City have dropped points on Tyneside.

But should have counts for little on days like these. And that’s partly why City have not pummeled teams in the same way they did last season. Last year they dropped 16 points across 38 games; this year they’ve already dropped 13 points, and we’re not even at the halfway point.

Indeed, City’s current haul of 29 points is the lowest points total they have had after 14 games of a campaign under Guardiola, one less than they accrued in 2016/17 when they finished third in the table, 15 points behind champions Chelsea. In fact, it’s the worst start to a season he has ever had in his entire managerial career.

Only three teams have ever overhauled a deficit equal to or greater than that, and they were all achieved by Manchester United; Arsenal had a massive 13 point advantage after 19 games in 1997/98, Norwich City had a twelve point lead after 17 games in 1992/93, while Newcastle were also 12 points ahead in 1996/97 after 23 games.

If, for argument’s sake, we assume that Man City are out of contention at this stage, then do Liverpool have a clean run at the title? Leicester are currently in second place, but Liverpool’s eight point lead is the joint-second largest ever after 14 matches of a Premier League season. On both occasions (Man United 1993/94, Man City 2017/18), the league leader went on to win the title.

Despite trailing so far behind, Man City are still the leaders in several key departments; they have scored the most goals (39), had the most possession (64 per cent on average) and created the most chances (224).

In the latest edition of “Is it their year?”, Liverpool defeated Brighton 2-1 at Anfield to move 11 points clear of reigning champions Man City and eight ahead of second-placed Leicester City. That extended their 100% league record at home for the season to seven wins out of seven.

It’s a mightily impressive record that was improved upon thanks to a brace from Virgil van Dijk, who twice headed home crosses from Trent Alexander-Arnold. The full-back now has five assists on the campaign, while the Dutchman has scored three goals.

It’s somewhat fitting that two defenders should be responsible for the victory, given how their encounter with the Seagulls continued another, more peculiar run – they have not kept a single clean sheet at home this season.

Indeed, the Reds have only kept two clean sheets all season – away to Sheffield United in the league and at Milton Keynes Dons in the League Cup. It’s a remarkable statistic when you consider the fact that they had the best defensive record in the division last season.

See also – Premier League Team of the Week for Gameweek 14

After winning manager of the month for October, November has been a decidedly tougher time for Frank Lampard. His Chelsea side have won just two of their six matches in all competitions in the past month, both of which came against Watford and Crystal Palace.

Despite consecutive draws with Ajax and Valencia, they will likely be in the next round of the Champions League once they beat Lille, but two successive defeats in the league has killed any hope of a surprise title challenge; they now sit 14 points behind leaders Liverpool in fourth.

The Blues do, though, have a relatively kind run of fixtures in December for Lampard to try and steady the ship ahead of the new year.

Premier League table for the last 38 games. Man City are the only side closer to the top than the bottom, with Chelsea half way. #whenstheparade

Also interesting that Liverpool & City have near identical goal records. Turns out eight one goal wins really are better than one 8-0 pic.twitter.com/fCBM4qDTmW

As per the BBC, Manchester United have won just 18 points from their opening 14 league games this season. That’s the fewest they’ve earned at this stage of a top-flight campaign since 1988/89 (18). They went on to finish 11th in the table that year.

Worryingly for the Red Devils, they can’t seem to stop leaking goals at the back. Following the 2-2 draw with Aston Villa, they have conceded 36 goals in their last 25 games, with just two clean sheets in that period.

This past weekend also the first time since 2015, when they had a goalless draw with Man City, that Villa have avoided defeat against one of the so-called big six teams.

Manchester United sacked José Mourinho last December having picked up 26 points from 17 games. Ole Gunnar Solskjaer needs to win the next three (Spurs, City & Everton) to better that total after the club spent big in the summer. Quite the feat to convince anyone this is progress.

Almiron finally off the mark

Okay, so Miguel Almiron didn’t score, but he did provide his first assist for Newcastle United since joining last January, laying the ball on for Jetro Willems to equalise against Man City on Saturday afternoon.

The Paraguayan has shown touches of class since moving from Atlanta United in the middle of last season, but he’s clearly struggled to show the best of himself in a team that plays dull, dogged and defensive football. Maybe this can be the kickstart he needs at St James’ Park.

Another Premier League weekend, another subpar result for Arsenal. At least on this occasion, the north London outfit showed some ingenuity in the draw with Norwich City.

With Freddie Ljungberg at the helm temporarily, the Gunners accepted their defensive flaws and utilised their attacking strengths, and let the chips fall where they may.

That resulted in a 2-2 scoreline, which, as Statman Dave pointed out on Twitter, is remarkably the same result they’ve gotten against each of the current bottom three.

Arsenal vs. the current bottom 3 sides in the Premier League this season:

Arsenal are yet to lose against a bottom half team, but they have only won three of seven in this regard, drawing the other four. Their record against the top half is, unsurprisingly, much worse: one win, three draws, three defeats. They are also the only team in the top ten to have a negative goal difference.

The road will be long and winding for this team.

With Quique Sanchez Flores' sacking, 53 of the 92 football clubs currently in England's top four divisions (58%) have changed manager in the last year, at least once.

Read: Why Unai Emery had to go