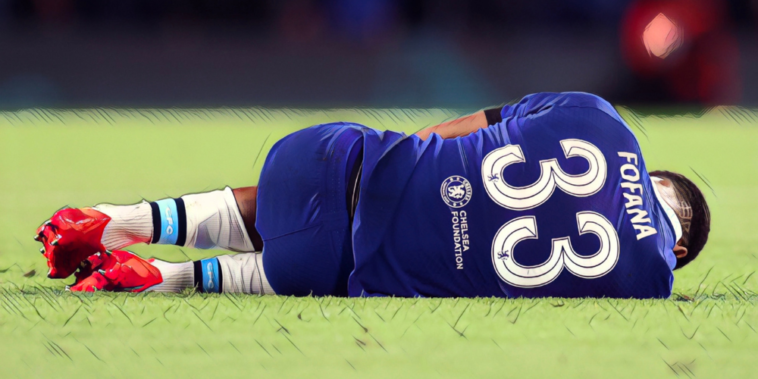 Graham Potter admits he is concerned after Wesley Fofana sustained a knee injury during Chelsea’s 3-0 win over AC Milan.

Chelsea’s Champions League campaign got up and running with a convincing win over the Italian champions at Stamford Bridge, though a positive performance from the west Londoners was dampened following a knee injury to Fofana.

Fofana was seen visibly upset and was pictured leaving the ground on crutches. The 21-year-old missed much of last season with a broken leg and now faces an anxious wait to discover the extent of his latest issue.

The centre-back had opened the scoring with his first goal for Chelsea since signing from Leicester during the summer, though was substituted before half-time and Potter will hope that his injury does not prove serious.

“We’ll have to scan it tomorrow and see how he is but there’s nothing to report at the moment,” Potter told the media at full-time.

“That’s the one disappointing thing about the evening so we have our fingers crossed. We’re concerned but I don’t want to speculate on it now.

“These things happen. He’s a young guy and a strong guy but we’ll support him.”