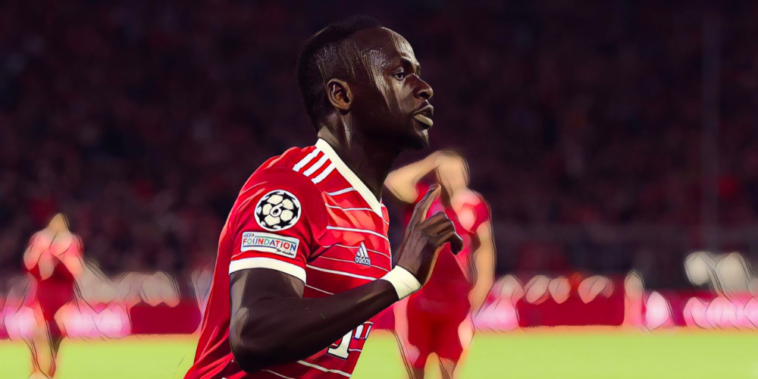 Sadio Mane joined an exclusive group of footballers this week as he scored his 25th Champions League goal during Bayern Munich’s 5-0 win over Viktoria Plzeň.

Mane became just the fourth African footballer to reach the landmark in Europe’s top club competition and joins some stellar names in achieving the feat.

Here are the four African footballers to have scored 25+ Champions League goals.

Mane became the fourth African to score 25+ Champions League goals after netting in Bayern Munich’s rout of Viktoria Plzeň this week. The Senegal international scored his side’s third in a one-sided thrashing of the Czech champions, as Bayern continued their perfect start to this season’s group stage.

Mane signed for Bayern from Liverpool during the summer, following a successful six-season spell at Anfield where his prolific record in front of goal made him a firm favourite with the best football tipsters. He formed part of the team that reached three finals in five campaigns under Jurgen Klopp, as a forward line of Mane, Roberto Firmino and Mohamed Salah shone in Europe.

The trio became the first three teammates to each score 10+ goals in a Champions League campaign in 2017/18, with Mane on the scoresheet as Liverpool lost the final to Real Madrid.

The following season he formed part of the Reds team crowned European champions after Liverpool beat Tottenham 2-0 in Madrid to claim their sixth Champions League title.

Mane – who was named African Footballer of the Year in 2022 after leading Senegal to AFCON success – has scored 25 goals in 58 Champions League appearances.

One of Africa’s greatest footballing exports, Samuel Eto’o’s career was one of huge success on the Champions League stage.

After making his name at Mallorca, the Cameroonian signed for Barcelona in 2004 and enjoyed a prolific period in Catalonia. Eto’o scored 130 goals in 199 appearances for Barcelona and was a crucial part of the club’s success in the Champions League.

🇨🇲African legend Samuel Eto’o is one of the greats 🔝

He scored in the final wins over Arsenal (2006) and Manchester United (2009), with the latter triumph completing a historic treble under Pep Guardiola.

Having become just the second player to score in two Champions League finals, he signed for Inter Milan ahead of the 2009/10 campaign and re-wrote more history in Italian football. Eto’o was a key figure in Jose Mourinho’s all-conquering team as he became the first footballer to win consecutive continental trebles, after back-to-back successes with Barcelona and Inter.

He also became the fourth man to win the Champions League in successive seasons with different clubs, after Marcel Desailly, Paulo Sousa, and Gerard Piqué.

Mohamed Salah is the second-highest scoring African in Champions League history, having netted his 38th goal in the competition during Liverpool’s 2-0 win over Rangers this week.

Salah has scored 35 goals for Liverpool in the Champions League, a club-record figure after moving past Steven Gerrard’s record in 2020.

Salah is also just one goal short of levelling the landmark of Didier Drogba and Sergio Aguero (36) for the most goals scored in the Champions League for an English club.

The Egypt international has starred for the Merseysiders in recent seasons and opened the scoring with an early penalty as Liverpool beat Tottenham in the 2019 final.

The leading African scorer in Premier League history, his 11 goals during the 2017/18 campaign are a Liverpool club record for a single European season, a record he shares with Roberto Firmino.

Didier Drogba is the most prolific African footballer in Champions League history, having scored 44 goals during spells at Marseille, Chelsea and Galatasaray.

The best seasons of Drogba’s career came in the colours of Chelsea, with the Ivorian a talismanic presence at centre-forward during the most successful spell in the club’s history.

Drogba scored no shortage of iconic goals for the west Londoners, none more so than his dramatic late equaliser in the 2012 Champions League final.

So often the man for the big occasion, he scored nine goals in 10 cup finals for Chelsea and his thumping header forced extra-time against Bayern Munich, before the forward scored the shootout winner as Chelsea were crowned European champions for the first time.

His 36 goals in the Champions League are a club-record for Chelsea, while it is the joint-most a player has scored for an English club in the competition.