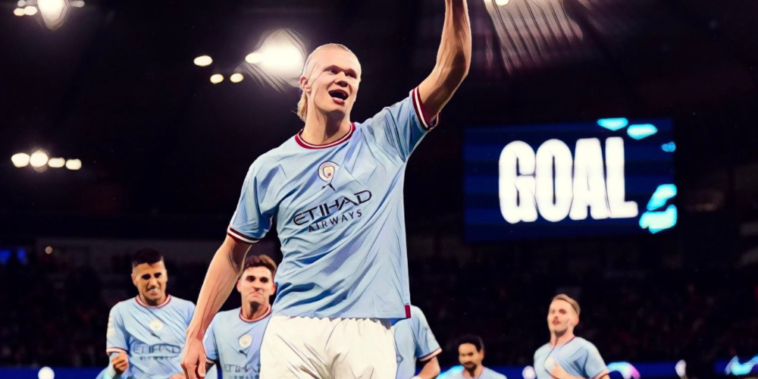 Pep Guardiola has denied rumours that Erling Haaland has a release clause in his contract at Manchester City.

Haaland’s extraordinary start at the club continued with a brace in City’s 5-0 Champions League win over Copenhagen on Wednesday evening, as the Norwegian scored twice to take his record to 19 goals in just 12 appearances.

The 22-year-old has broken a number of goalscoring records during the early stages of the season and underlined his status as one of world football’s finest talents.

Reports this week suggested Haaland’s contract contains a release clause however, one which will become active in the summer of 2024. It has been reported that the clause was designed to favour Real Madrid and help facilitate a move to Spain.

However, Guardiola has dismissed the rumours and insists Haaland’s deal does not contain a release clause for Real Madrid or any other side.

“It’s not true,” Guardiola said. “He has not got a release clause for Real Madrid, or any other team.

“Am I annoyed by the rumours? No, absolutely not. Rumours, and people talking, you cannot control it – so always we have to worry about what we can control.

“The important thing is that he has adapted [since joining City] really well. I have the feeling he is incredibly happy here, and this is the most important thing.”