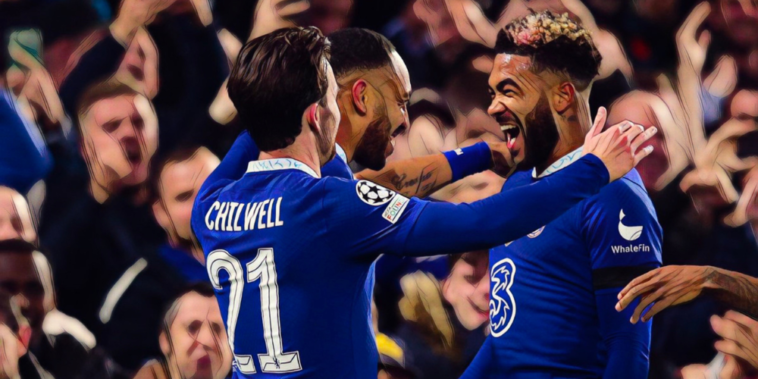 Graham Potter has hailed the ‘attitude and application’ of his side after Chelsea beat AC Milan 3-0 to kickstart their Champions League campaign.

Chelsea were under pressure after opening the group stage without a win in two games, but produced a dominant performance to thrash the Italian champions at Stamford Bridge.

Wesley Fofana scored his first goal for the club to open the scoring, before a fine performance from Reece James saw Chelsea take control of the clash. The England right-back teed up Pierre-Emerick Aubameyang to double the home side’s lead, then lashed home a third himself with a high finish to secure an emphatic three points.

Potter was delighted with the performance from his side as Chelsea moved up to second, a point behind group leaders Red Bull Salzburg.

“It was a good night for us,” Potter told Chelsea’s media. “We needed to play well and have a good attitude, and I thought the attitude and application of the players was fantastic. It was a really important win for us.

“We started off a little nervous for the first five minutes, which is probably just a result of us wanting to do so well so much, but then you saw the appetite of the players. We got control of it and offered a threat, pushing before the goal, and it’s always important to get the first goal obviously.

“We had to start a bit on the back foot in the second half and suffered a bit, which is good, and to score the second goal gave us a bit of a breather. Overall, I can’t complain with a clean sheet, three goals and great personality from the players, so it was really good.”

The win maintained Potter’s unbeaten start as Chelsea manager and the 47-year-old opened up on his early experience of working with the squad, having crossed from Brighton last month.

“They knew the level had dropped a bit and when you do that at this level you can be punished. This performance was a credit to the players and my job is just to remind them that they can play at the level they did today.

“The boys have been really open, responsible, honest, they’ve been fantastic to work with. They know they can do better, which is great from a coach’s perspective.”

Potter was full of praise for James, who underlined his continued importance for Chelsea with a brilliant performance from wing-back. The 22-year-old has now been directly involved in 19 goals since the start of last season and Potter has backed the defender to get better and better.

“Reece is just a fantastic player and a young player so he’s developing all the time. He’ll get better and better as we go. I’ve really enjoyed working with him. He’s got a lot to offer and he can play in any game in the world so my job is to help him reach his potential because his potential is beyond the sky.

“We love him and he’s so important for us. His potential is he could be a Chelsea legend and that’s the level he has, but for that to happen he has to be part of a successful team and that’s what we’re working towards.”

Chelsea’s next Champions League game is a return date with Milan next week, with the two teams level on points in Group E. Potter says he is looking forward to the ‘huge challenge’ of taking on the Rossoneri at the San Siro.

“We’re looking forward to going to the San Siro, I am that’s for sure. It’s a fantastic place to play football. You saw the away support here – they were very loud and got behind the team so I can imagine what it’s going to be like at the San Siro.

“We’ll have to be strong and be ready for that. It’s going to be a huge challenge for us.”