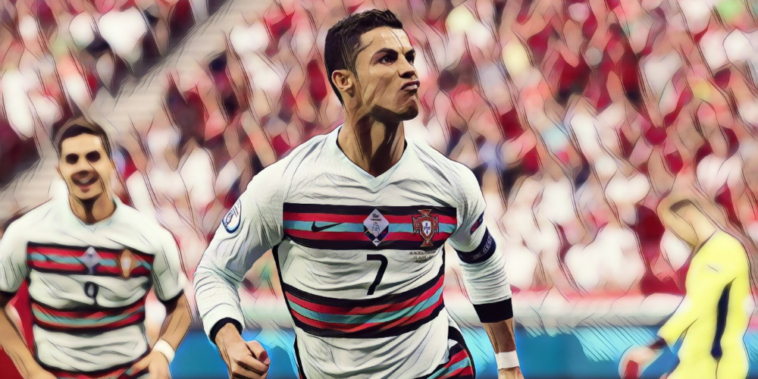 Euro 2020’s Group of Death will heat up when Germany face Portugal on Saturday, with both sides regarded as contenders to be crowned as the tournament’s winners.

Germany will be looking to bounce back after a narrow defeat to world champions France in their opening fixture and Die Mannschaft can ill-afford another loss if they are to reach the knockout stages.

Portugal could assure their passage to the last 16 with victory in Munich, having left it late to secure a 3-0 win over Hungary to get their campaign off to a winning start.

Ahead of what promises to be a fascinating showdown, we’ve assessed both squads to compile our Portugal and Germany combined XI.

Manuel Neuer remains one of the best goalkeepers in world football even into the latter stages of his incredible career, with the Germany captain a key figure in his side’s hopes of making an impression on the tournament.

Neuer remains a colossal presence for the Germans and has transformed perceptions of goalkeeping over the past decade, with the 35-year-old established as one of the very best to have adorned the gloves.

His list of honours includes nine league titles, two Champions League trophies and the World Cup, the glaring omission from his burgeoning silverware cabinet being the European Championship.

Germany have much to prove if Neuer is to complete the set this summer, though Joachim Low’s side are in possession of arguably the best goalkeeper at Euro 2020.

Joshua Kimmich’s multi-functional world-class talents make him a unique footballer in the world game, the Germany international a bona fide star in multiple positions on the pitch.

Whether utilised in a holding midfield role or at full-back, Kimmich remains one of the best around and was used in a wing-back system during Germany’s opener against France.

Kimmich would make this side in either position, though if Germany are to harbour realistic ambitions of winning Euro 2020 they will need to get the 26-year-old more involved and more central than he was against the French.

Hummels’ own goal condemned Germany to defeat against France last week, though the experienced centre-back starts in our combined centre-back pairing.

The 32-year-old endured a difficult evening against Les Bleus with one sprint alongside Kylian Mbappe resulting in endless internet memes, but the defender – recalled after an international exile – will be crucial in the centre of a three-man German backline at Euro 2020.

There are few defenders in world football as comfortable stepping forward in possession and Hummels’ experience will lead the likes of Matthias Ginter and Antonio Rudiger.

Ruben Dias incredible season with Manchester City resulted in a Premier League title and the FWA Footballer of the Year award, with the 24-year-old now established as a key figure in the Portuguese defence.

Dias made his debut in 2018 and helped Portugal to Nations League success the following year, with the defender having grown in stature for club and country over the past two seasons.

Dias is assertive and assured in his defending, whilst his poise in possession marks the Portugal international out as the quintessential modern centre-back and one of the best on show at Euro 2020.

The 27-year-old has enjoyed a productive five-season spell in the Bundesliga and enjoyed arguably the best campaign of his career in 2020/21, scoring five goals and providing 10 assists in just 25 league starts for Dortmund.

Guerreiro showcased his attacking quality during Portugal’s opening win over Hungary, breaking the Hungarian resistance to open the scoring after arriving into the box to fire home a deflected effort.

Ilkay Gundogan struggled to get a foothold in the game against France, but the Germany midfielder remains a key part of his side’s engine room after enjoying the best season of his career at Manchester City.

Gundogan scored 16 goals across all competitions and showcased his versatile talents whilst performing in a number of role, impressing as both a deep-lying conductor and when tasked with being a dynamic forward runner.

Germany – on paper – have one of the best midfields at Euro 2020 and Gundogan will be hoping to exert a level of control when his side take on Portugal in a must-not-lose clash on Saturday.

Speaking of midfield control… Toni Kroos has been one of the very best midfielders of the past decade with the often unsung Real Madrid star continuing to dictate games at the highest level.

Kroos is the centre-piece of the Germany team and arrives at Euro 2020 on the back of a strong individual season despite Real Madrid’s indifferent campaign, ranking third in La Liga for key passes and assists, whilst no player bettered his average of 0.43 assists per 90 minutes.

Given his tendency to operate in a deeper role, it showcases the quality of Kroos’ passing range and stopping the 31-year-old will go a long way towards Portugal’s hopes of a positive result.

Operating in the most forward midfield role in our combined side is Bruno Fernandes, another player who – like the aforementioned Gundogan – begins Euro 2020 in career-best form.

Fernandes has enjoyed a frightening rate of productivity since swapping Sporting Lisbon for Manchester United, with his first full season seeing the star break the Premier League record for goal involvements by a midfielder in all competitions.

The 26-year-old scored 28 goals and provided a further 17 assists, and whilst Fernandes is yet to replicate that form at international level (four goals in 30 caps) he offers Portugal another genuine goalscoring threat alongside Cristiano Ronaldo.

Portugal have an embarrassment of attacking riches and a stronger squad than the one crowned champions five years ago, it’s now up to Fernando Santos to find a winning combination.

Featuring slightly out of position in a free-roaming role on the right-hand side is Thomas Muller, a man whose Germany career looked all but over after he was cast aside following the nation’s disappointing 2018 World Cup.

Muller’s performances for Bayern Munich since then have been too difficult for Joachim Low to ignore, with the 32-year-old having finished as the Bundesliga’s leading assist provider in each of the past two campaigns – including a record-breaking 21 in 2019/20.

Muller’s combination of evasive movement, creativity, and a proven ability to deliver on the biggest occasions make him a certain starter in our combined side.

Serge Gnabry has come a long way since Tony Pulis famously deemed him not good enough to play for West Brom, the former Arsenal academy graduate having since flourished into one of the world’s most exciting and explosive wide talents.

Comfortable in any position across the frontline, Gnabry has starred since signing for Bayern Munich in 2019, scoring 47 goals in 126 appearances and forming a crucial part of the side that won a Bundesliga, Champions League and DFB-Pokal treble in 2019/20.

Gnabry has also compiled a brilliant goalscoring record at international level with 16 goals in just 23 caps, including scoring a hat-trick on his debut against San Marino.

The 25-year-old could feature as a central forward for Germany this summer, though edges out teammate Leroy Sane for a place on our left flank given his superior record with the national side.

Cristiano Ronaldo remains Portugal’s main man and the player Germany will most fear ahead of their crucial showdown in Munich.

The 36-year-old opened Euro 2020 with two late goals against Hungary to become the European Championship’s all-time record scorer, just another incredible milestone in a career where records have fallen with mind-boggling regularity.

Ronaldo has now scored a phenomenal 106 goals for his country and needs just four more to be the highest-scoring player in international football history.

Even at this stage of his career, he remains one of the very best in the business.

Read Also – Five of the best players from Euro 2004