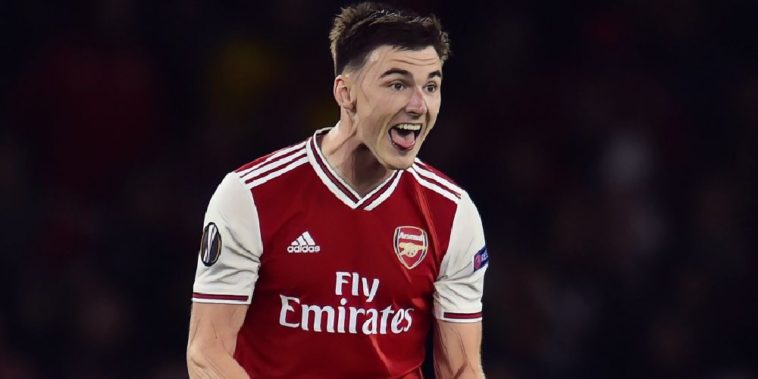 Arsenal are reportedly close to tying Kieran Tierney down to a new long-term deal, following another strong campaign for the Scotland international.

The tireless full-back joined Arsenal from boyhood club Celtic on a £25m deal back in 2019 and has since gone to make 62 appearances in all competitions over the past two seasons.

While he has admittedly struggled with injuries throughout his time at the Emirates Stadium, he remains an invaluable part of Mikel Arteta’s side when fit, with his tenacious displays down the left-flank quickly endearing him to the Gunners faithful.

According to Goal, the north London club are set to reward the 24-year-old for his impressive form with a new long-term deal, in order to quash any speculation that the player could leave the club, amid reported interest from across Europe.

That bumper new five-year deal will tie the versatile defender to the club until 2026, the report suggesting that an announcement will be made in the coming days.

The FA Cup winner is set to be a key part of the club moving forward, with Arteta looking to continue his squad rebuild this summer following another disappointing league campaign that saw the Gunners finish in eighth.

This news comes following recent suggestions that it will be an active transfer market for the club this summer, the likes of Brighton defender Ben White and Anderlecht midfielder Albert Lokonga having been the subject of bids, while Leicester City playmaker James Maddison is also said to be a target.

As for outgoings, the club have already confirmed the departure of former Chelsea man David Luiz, while both Dani Ceballos and Martin Odegaard have returned to parent club Real Madrid after their loan spells expired.

Former skipper Granit Xhaka is another who looks set to depart – amid interest from AS Roma – as too does long-serving full-back Hector Bellerin.