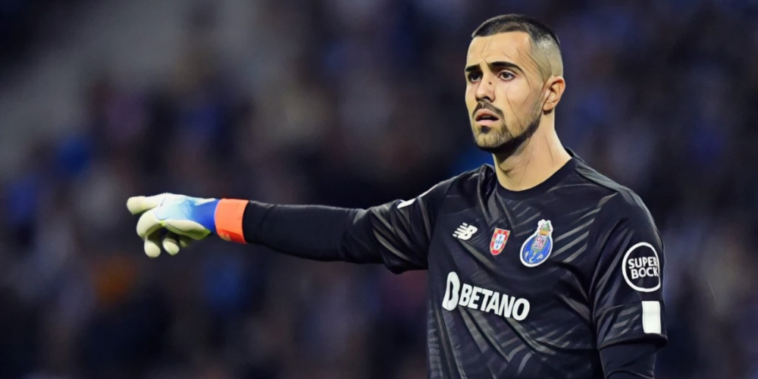 Porto will demand that any interested clubs meet Diogo Costa’s £65m release clause, with Manchester United and Chelsea linked with the goalkeeper.

The Premier League duo are considering moves for Costa as each assess their goalkeeping options. United view the 23-year-old as a potential replacement for David de Gea, who is out of contract at the end of the season.

No decision has been made on De Gea’s future, though recent reports have suggested that the Red Devils will not take up their option to extend his deal for a further season.

Chelsea are also considering entering the market for a new goalkeeper. Edouard Mendy’s dip in form has seen Kepa Arrizabalaga recalled to the side under Graham Potter and the Spaniard has impressed during the most consistent period of his Chelsea career.

However, the west Londoners could look to sign a new number one this summer and have placed Costa on their shortlist.

However, Portuguese outlet Correio da Manha, as per Sky Sports, are reporting that the Portugal international will not be allowed to leave Porto in the upcoming January transfer window and any club interested in his services will have to meet his €75m (£65m) release clause in full next summer.

Costa featured in every minute of Portugal’s run to the World Cup quarter-finals and has shone in the Champions League this season.

He became the first goalkeeper in history to save three penalties in a single Champions League campaign during this season’s group stage, as Porto progressed to the last 16.