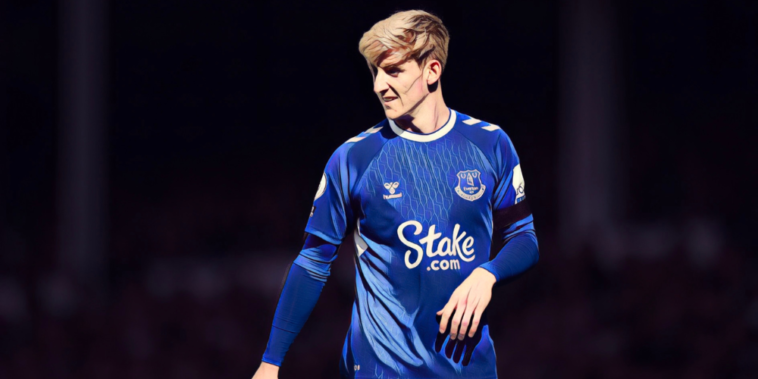 Antony Gordon is close to signing a new long-term contract at Everton, following interest in the winger from Chelsea and Tottenham.

Everton are closing in on an agreement with the academy product that will see Gordon commit his immediate future to the club, having staved off summer interest in the 21-year-old from Premier League rivals.

Chelsea and Tottenham both made approaches to sign Gordon last summer after the winger impressed during his breakthrough season with the Toffees.

Gordon shone as Everton secured their Premier League status for another season and has starred for England’s u21 side, scoring four goals in nine appearances.

The Telegraph are reporting that Frank Lampard made renewing Gordon’s deal a priority and the club are nearing an agreement to extend his contract.

Everton will hope a new contact can settle Gordon’s situation as he looks to rediscover his best form, following a dip in performances before the World Cup break. Everton are just one point above the relegation places after losing five of their last seven league games before the season’s pause.

The club are also working on a new contract for Alex Iwobi, as the Toffees look to reward his increased importance to the side. Iwobi has been a revelation in a central midfield role under Lampard and discussions are ongoing over a contract extension for the Nigeria international.