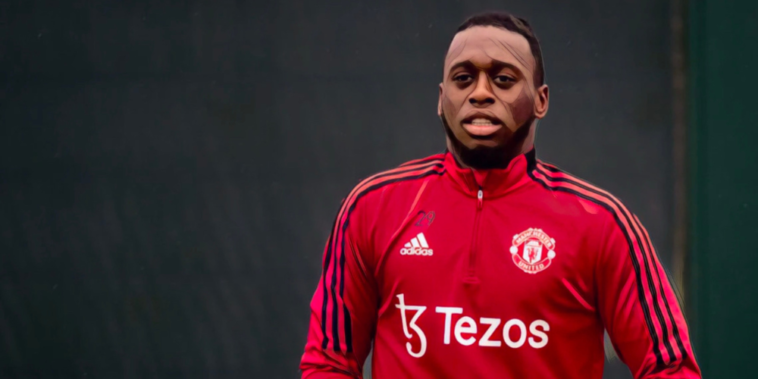 West Ham, Wolves and Crystal Palace are all interested in a deal to sign Aaron Wan-Bissaka from Manchester United.

Wan-Bissaka is free to leave the Red Devils next month after falling out of favour at Old Trafford, with the right-back having featured for just four minutes across all competitions so far this season.

The 25-year-old does not feature in Erik ten Hag’s plans moving forward and Fabrizio Romano is reporting that United are ‘trying to find a solution’ for Wan-Bissaka ahead of the January transfer window.

A trio of Premier League clubs are monitoring his situation with West Ham, Wolves and former side Crystal Palace all keen on a deal.

Manchester United are trying to find a solution for Wan-Bissaka in order to let him leave. Wolves, West Ham and Crystal Palace remain interested. 🔴 #MUFC

Wan-Bissaka signed for Manchester United in a £50m deal from Crystal Palace in 2019, but he has failed to develop as hoped across his three-and-a-half seasons at the club.

United are expected to take a significant loss on that investment, with a loan exit with a view to a permanent move mooted for the winter window.

He has made 127 appearances across all competitions for United, but has been included in the matchday squad on just six occasions this season.

Wan-Bissaka could, however, start as United take on Burnley in the Carabao Cup tomorrow evening, with Diogo Dalot having only recently returned from his World Cup exploits with Portugal.