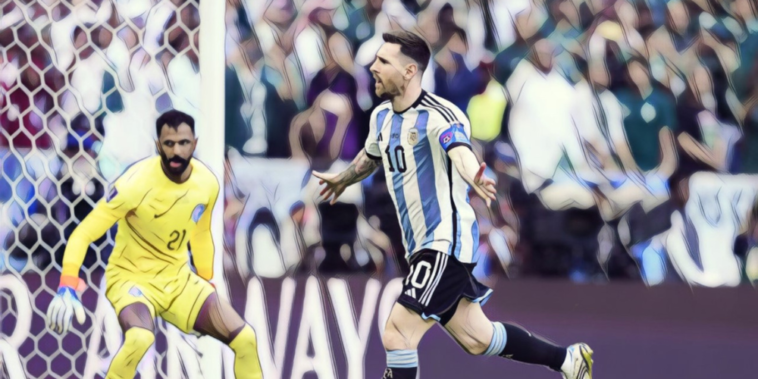 The World Cup is the pinnacle of the beautiful game, a festival of football where the planet’s biggest stars compete for the chance to be crowned world champions.

Entering the footballing calendar just once every four years, opportunities to make an impact on the biggest tournament in the game are a rarity and only a select few players have made an impression on multiple World Cups.

We’ve decided to profile an exclusive group of five to have made World Cup history. Here are the five legends to have scored in four different tournaments.

For football fans of a certain generation, Pelé will forever be remembered as the greatest footballer of all-time and the Brazilian’s legend is built on his exploits on the world stage.

The imagery of a 17-year-old Pelé lighting up the 1958 World Cup in Sweden is among the most iconic in the history of the sport, the precociously talented youngster starring as the South American superpower were crowned world champions for the first time. He scored a hat-trick in the semi-final against France before netting twice more in the final victory over the host nation.

The great Brazilian finished that tournament with six goals and added six more World Cup strikes across his illustrious career, scoring in the 1962, 1966 and 1970 editions of the competition.

He ended his career with 12 goals in just 14 World Cup appearances, scoring in two separate finals, and remains the only player to have lifted the trophy on three occasions.

Pelé would help inspire Brazil to victory in both 1962 and 1970 and was named as the Player of the Tournament in the latter of those successes, as part of a Seleção side often regarded as the greatest in World Cup history.

An icon of German football, Seeler was once his nation’s all-time record goalscorer and played in four World Cups throughout his illustrious career – finding the net in each of them.

Seeler’s World Cup career began at the same time as the aforementioned Pelé with an appearance in the 1958 tournament in Sweden, scoring twice in the group stage before helping West Germany to the semi-finals.

Four years later the forward scored twice more as West Germany exited in the last eight, before forming part of the side famously beaten by England in the 1966 final at Wembley.

Seeler added three more World Cup goals during the 1970 tournament before announcing his retirement from international football, finishing his career with nine World Cup goals and a record of 43 in 73 appearances for West Germany.

Somewhat remarkably, both Seeler and Pelé became the first players to score in four World Cups on the same day, finding the net against Morocco and Czechoslovakia respectively on June 3, 1970.

The greatest goalscorer in World Cup history, Miroslav Klose scored prolifically on the international stage for Germany to become a world champion and his nation’s all-time record goalscorer.

Klose’s fine record on football’s biggest stage began with a five-goal haul at the 2002 World Cup in Japan and South Korea, with each goal incredibly coming from headed efforts as Germany reached the final before defeat to a Ronaldo-inspired Brazil.

A hat-trick of identical goals on his World Cup debut! 🤩

During #KoreaJapan02, a young Miroslav Klose introduced himself to the world! 🇩🇪 pic.twitter.com/73RWa6V8vA

The forward was renown for his predatory instincts and aerial ability and provided the focal point for Die Mannschaft for over a decade, reaching at least the semi-finals in each of his four World Cup tournaments, including on home soil in 2006.

Klose’s crowning moment came during his final World Cup in 2014, as he eclipsed the all-time record for tournament goals set by the aforementioned Ronaldo. He scored his record-breaking 16th World Cup goal in a historic 7-1 thrashing of host nation Brazil in the semi-finals.

Germany later beat Argentina in the final, with Klose becoming a world champion at the fourth attempt. He also set a record for the most ever victories by a single player in World Cup history.

Cristiano Ronaldo has made breaking records seem almost routine, having enjoyed a career that will see him remembered as an all-time sporting great.

Ronaldo’s World Cup journey began as a young winger in the 2006 edition, where he scored against Iran in the group stage. He captained Portugal four years later in South Africa, though struggled to make an impact at either the 2010 or 2014 tournaments with just two goals.

Ronaldo would, however, write his name into the record books in typical style with a stunning hat-trick in Portugal’s thrilling 3-3 draw with Spain in 2018. It was a treble that made him the oldest hat-trick scorer in World Cup history, aged 33 years and 130 days. Ronaldo scored his fourth goal of the tournament against Morocco and finished behind only England’s Harry Kane in the race for the tournament’s Golden Boot.

The 37-year-old then became the first player to score in five different World Cups against Ghana in 2022, after opening the scoring in Portugal’s 3-2 group stage win. It is another incredible record to add to his ever-increasing total.

Messi made his World Cup debut during Argentina’s campaign in 2006, where he became the youngest ever player to represent La Albiceleste at the finals when making his tournament debut against Serbia.  He marked that appearance with the sixth goal in a 6-0 win and has since scored seven goals at the World Cup, netting at the 2006, 2014, 2018 and 2022 tournaments.

His best return came in 2014, as he scored four goals during Argentina’s run to the final and was named as winner of the Golden Ball.

Qatar 2022 will represent his last chance to win the World Cup, though Argentina will need to bounce back from a shock opening defeat. Messi’s penalty handed the South Americans the lead against Saudi Arabia, who fought back to win 2-1 and claim one of the World Cup’s great upsets.