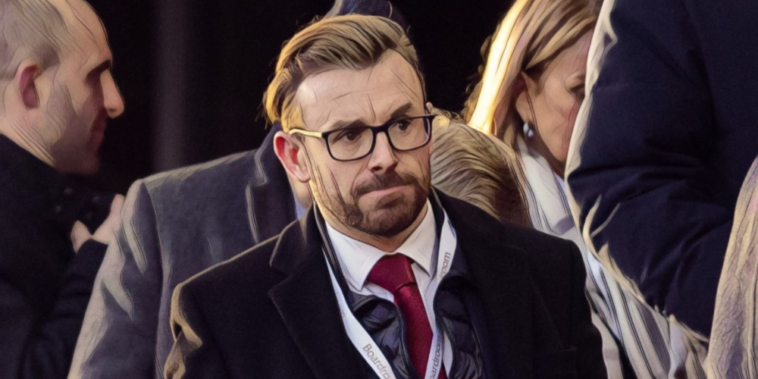 Julian Ward has decided to leave his role as Liverpool’s sporting director at the end of the season after just months in the position.

Ward only replaced Michael Edwards as sporting director during the summer, but has informed the Reds of his intention to move on at the end of the current campaign and take a break from football.

It is an announcement which is understood to have disappointed Liverpool, who are facing an uncertain period following a difficult start to the season and the news that owners, Fenway Sports Group, are open to the sale of the club.

According to The Athletic, the club’s director of research Ian Graham has also resigned from his role and will leave at the end of the season.

Liverpool are now considering whether to proceed with the sporting director model, one which Jurgen Klopp is understood to favour. He had strong working relationships with both Edwards and Ward.

The latter’s promotion to sporting director was a natural succession plan, with the 41-year-old having been at Anfield for more than a decade.

Since crossing to the club from Manchester City, he has worked in various roles including as the club’s European Scouting manager for Spain and Portugal, Loan Pathways and Football Partnerships Manager, and as assistant sporting director to the now departed Edwards.

Since taking the senior role, he has secured the future of Mohamed Salah to a new contract and oversaw the process of Darwin Nunez’s summer arrival from Benfica.

Klopp is understood to have taken on greater responsibility in terms of transfers across the past year, though the exit of Ward will be a concern. Liverpool’s success has been built on a data-led recruitment approach from Edwards, Ward and Graham.

The current situation regarding the ownership and hierarchal structure could impact transfer business, while the announcement that Manchester United are also for sale could complicate the process of a potential takeover.