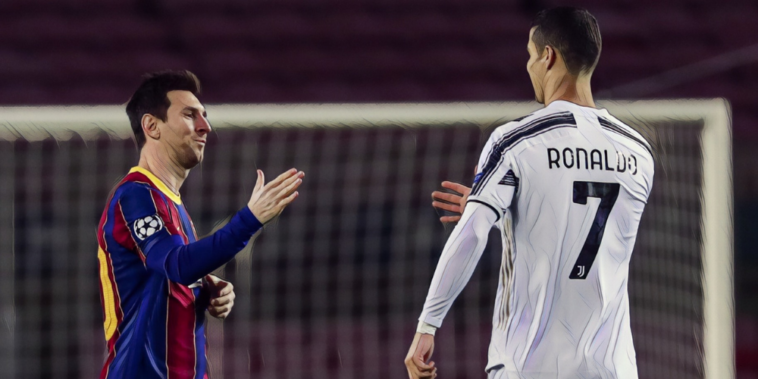 Karim Benzema joined some illustrious company after netting in Real Madrid’s 3-1 win over Atalanta last month, the forward becoming just the fifth player in Champions League history to reach 70 goals in the competition.

Benzema has enjoyed an incredible career of success at the highest level and remains one of Europe’s elite forwards even in the latter stages of his career, a player who has been pivotal to the recent success of Real Madrid in continental competition.

So for those of you interested in the best bookmakers in Germany, we’ve decided to look at the five leading scorers in the tournament’s history,

Here are the five players to have scored 70+ Champions League goals.

Benzema became just the fifth player to reach 70 goals in the Champions League against Atalanta, scoring the opening goal of the game as Real Madrid secured progress to the quarter-finals with a 3-1 win at the Bernabeu.

The 33-year-old has scored 273 goals in all competitions for the Spanish giants since signing from Lyon more than a decade ago, proving an influential figure in a period of Champions League domination after winning four trophies in five seasons between 2014 and 2018.

Benzema’s selfless performances have seen him become a huge favourite at the Bernabeu and he has shone further since the departure of Cristiano Ronaldo to Juventus, taking on talismanic status as the leading light of Los Blancos’ attack.

The forward has scored 81 goals across the past three seasons in all competitions, including five goals in just six Champions League fixtures during the 2020/21 campaign to date.

Benzema will be looked to for inspiration as Real Madrid take on Liverpool in the last eight, a rematch of the 2018 final in which the Frenchman opened the scoring in Kyiv.

One of just two players – alongside Lionel Messi – to have scored in 16 consecutive Champions League campaigns, Benzema’s 70 goals have come in 126 appearances in the tournament – a figure which ranks him ninth in the all-time list for games played.

Until the arrival of some soon-to-be mentioned modern greats, Raul was the benchmark for Champions League forwards and one of the greatest goalscorers of his generation.

Regarded as one of the greatest Spanish players of all-time, the forward was the homegrown hero of the Galactico era and became the first player in the competition’s history to reach 50 goals during his time at Real Madrid.

He burst onto the scene as a teenager and remans the youngest-ever scorer of a Champions League hat-trick, scoring three times against Hungarian minnows Ferencvaros aged 18 years and 114 days in 1995.

Winner of the tournament three times as part of a successful Real Madrid side across the turn of the millennium, he netted in final victories over both Valencia (2000) and Bayer Leverkusen (2002) after first winning the Champions League in 1998.

Raul scored 66 of his goals during an iconic career with the record 13-time winners before signing for Schalke, scoring a further five Champions League goals to take his tally to 71 in 142 appearances.

Robert Lewandowski rose to third in the all-time rankings earlier this season after continuing his incredible record in continental competition, the forward having scored 73 goals in just 96 Champions League appearances for Borussia Dortmund and Bayern Munich.

Regarded by many as world football’s best number nine and arguably the game’s best player at present, Lewandowski rose to prominence at Dortmund where he helped fire Jurgen Klopp’s side to the Champions League final in 2013.

That run to the showpiece saw the Poland international become the first player in history to score four times in a semi-final fixture, a masterclass in finishing seeing Lewandowski score all four goals in a 4-1 thrashing of Real Madrid.

He moved to Bayern Munich on a free transfer in 2014 and has since become the highest-scoring overseas player in Bundesliga history, netting 288 goals in just 325 appearances in all competitions for the Bavarians.

That haul includes 15 goals in just 10 fixtures during the 2019/20 Champions League, Lewandowski scoring in every single fixture until the final as Bayern were crowned champions of Europe for a sixth time as part of a continental treble.

He remains the leading goal threat in European football right now and will play a pivotal part in Bayern’s hopes of becoming just the second team to defend the trophy in the Champions League era.

We’re reaching extra-terrestrial levels of goalscoring talent as we approach the top two, two players who have set the benchmark in extraordinary and unprecedented fashion.

Messi has produced no shortage of magical moments including a memorable four-goal destruction of Arsenal and a five-star showing against Bayer Leverkusen, remaining the only player to have scored five times in a knockout stage fixture.

The Argentine forward has won the trophy four times under three different managers, scoring in Barcelona’s final victories over Manchester United in 2009 and 2011 respectively.

No player has ever scored more Champions League hat-tricks (8), with the six-time Ballon d’Or winner having finished as the tournament’s leading scorer on six occasions in his career.

This season’s quarter-finals will have a strange feel to it, with neither Messi or the next man on this list featuring in the last eight for the first time since the 2004/05 season.

Cristiano Ronaldo will go down as one of the finest footballers ever to lace up a pair of boots.

Ronaldo has enjoyed success on a barely believable magnitude in the Champions League, becoming the greatest goalscorer club football has seen and so often proving the defining figure of the biggest occasions.

Winner of the competition five times, he first lifted the trophy at Manchester United before becoming the leading light of a Real Madrid side that dominated the Champions League stage.

Ronaldo scored an astonishing 450 goals in just 438 games for Real Madrid to break their goalscoring record, whilst his landmark of 134 Champions League goals is one that – Messi aside – looks almost impossible for any player to come close to.

No player can match his achievement of scoring in three separate finals, whilst he is the only player in the Champions League era to have claimed five winners’ medals.

Ronaldo’s record in the Champions League means he stands out even amongst a plethora of modern greats and at 36-years-old has shown few signs of slowing down as he bids to end Juventus’ long wait for a European title next season.