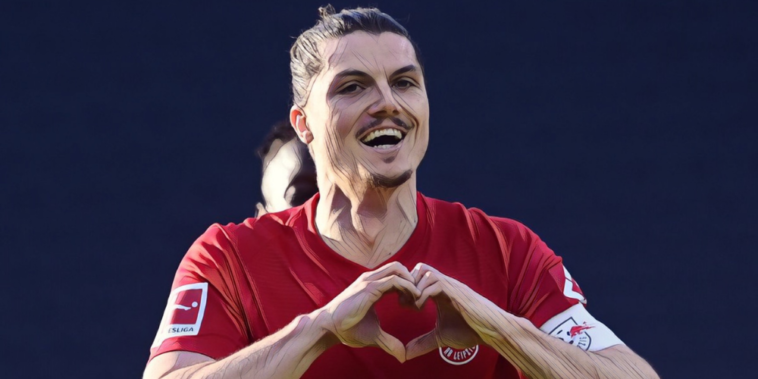 Tottenham are reportedly laying ‘the groundwork’ for a move for Marcel Sabitzer with the RB Leipzig midfielder amongst the club’s targets ahead of a summer overhaul.

Sabitzer has been on the radar of the north London side for some time following his impressive performances in the Bundesliga, Spurs understood to have made initial contact with the Austria international during the January transfer window.

The 27-year-old is expected to leave Leipzig this summer after turning down the opportunity to extend his contract at the Red Bull Arena and Football Insider are reporting Spurs have begun to lay the foundations for a summer switch.

Sabitzer has been identified by Jose Mourinho as a leading target to reinforce his midfield, with the leadership, energy and creative quality of the Leipzig captain appearing tailor-made for the demands of English football.

Sabitzer scored 16 goals in all competitions last season as Leipzig reached the semi-finals of the Champions League, including netting twice in the 4-0 aggregate win over Spurs in the last 16.

Those performances did not go unnoticed by Mourinho who wants to add the Austrian to a midfield line-up including Tanguy Ndombele and Pierre-Emile Hojbjerg, the latter having enjoyed a fine debut season with the north Londoners after his signing was pushed for by the Spurs boss.

The report claims that Spurs’ approach for Sabitzer also indicates a show of faith in the manager who has come in for criticism this season, the club having suffered an embarrassing exit from the Europa League and currently outside of the Premier League’s top four.