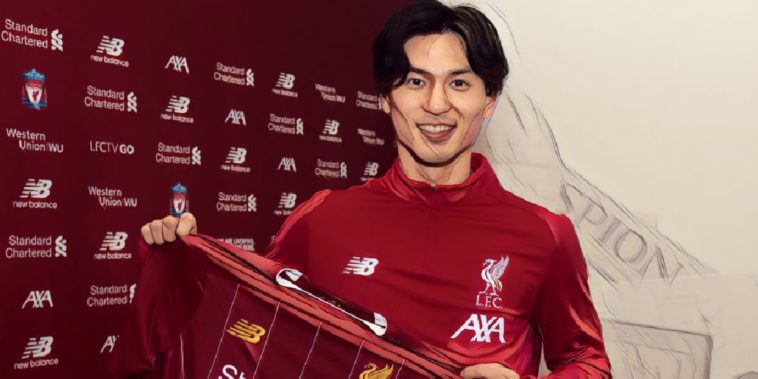 Liverpool have run rampant in the Premier League this season and look set to win their first league title in over three decades.

While the likes of Virgil Van Djik, Andrew Robertson, Trent-Alexander Arnold, Sadio Mane, and Mohamed Salah have received much of the acclaim for the team’s success, Roberto Firmino continues to perform a pivotal role in Jurgen Klopp’s relentless winning machine.

The Brazilian serves as the fulcrum of the Liverpool attack in their 4-3-3, dropping deep to collect the ball and playing as a false nine rather than leading the line as a more traditional striker.

Through his movement, Firmino enables Salah and Mane to make runs inside, find space in more advanced areas, and take up goal-scoring positions where their dribbling, pace, and finishing can be maximized.

His excellent passing ability to find space in between the lines relieves the creative burdens from the Liverpool midfield which, for all its quality, can at times appear incapable of providing the type of penetrative, progressive passes that can unlock an opposition defence.

Yet as his recent performances in the Club World Cup have shown Firmino is more than a creator, as the same movement and awareness that makes him such a potent creative presence also enables him to generate goal-scoring opportunities for himself.

Perhaps most importantly of all, Firmino is the instigator of Liverpool’s renowned press; leading from the front to pressure fullbacks and centre-backs while also blocking passing lanes to the more advanced midfield players. He averages 0.9 tackles per 90, reflective of his active defensive role.

With such a diverse role, it’s somewhat surprising that Liverpool have no one else capable of fulfilling his function in the same manner. Divock Origi has been a reliable goal-scorer but is more of a poacher than a false nine. Mohammed Salah can also play centrally, but again possesses different attributes and is far superior when playing out wide. As such, the signature of Takumi Minamino is a sensible move for Liverpool.

His similarities with Firmino are far from his only upside. A fee of just £7.25 million is a drop in the bucket for a Premier League team, particular for a player with Champions League pedigree.

His positional versatility is ideal for a manager like Jurgen Klopp, who will also appreciate the fact that the Japanese forward has played in a tactically complex setup under managers such as Marco Rose. Further, with the decline of the likes of Adam Lallana and the injury concerns of Alex-Oxlade Chamberlain, purchasing Minamino was perhaps made with an eye to the future and with hopes that he could replace them as the playmakers in Liverpool’s squad.

Yet as Manchester City’s woes with Aymeric Laporte have shown, injuries to key players without adequate replacements can derail a club’s season. And given Firmino’s uniqueness and importance, it’s likely that Klopp will be looking to develop Minamino into someone who could perform the same role.

Fortunately for him, the 24-year-old possesses all the raw attributes to excel in the false nine role. Minamino has averaged 0.47 goals per 90, 0.47 assists per 90, and 1.6 key passes per 90 in the Austrian Bundesliga this season.

Much like when Firmino joined, many may be critical of his mediocre goal tally. Such criticisms underscore a lack of comprehension for both Minamino’s role, as his lower goal tally reflects not an inability to convert chances, but instead a player who is a facilitator rather than goal-scorer.

His expected goals tally of just 0.35 demonstrates that he is not a player who is wasteful with chances but in fact someone who is clinical when chances do come their way.

Jurgen Klopp about Takumi Minamino:
“All his skills are good for us [Liverpool], his actions in tight spaces, his speed… His desire to recover the ball in the counterattacks… And because the style of the game of Salzburg is similar to the ours.”#LFC 🔴 pic.twitter.com/MtMDROnKze

Minamino is also incredibly efficient, with half of his shots finding the target and a similar proportion of his dribbles being completed. Such statistics indicate not only his technical excellence but also his intelligence, as he is able to read the game well enough to pick and choose his moments to impose himself on the game.

With the creative license he will likely be afforded at Liverpool, such decision making could be an invaluable asset in adjusting to his new club.

Defensively, Minamino is ideal for Liverpool. Not only does he average 1.2 tackles and 0.5 interceptions per 90, but he is also particularly adept at harrowing defenders and closing down passing lanes, which is the precise role Firmino plays in the Liverpool press.

Having a player with both the work rate and experience in pressing will no doubt enable Minamino to adapt to Klopp’s tactically complex style of play with greater ease.

There is little to not like with this signing. Minamino may come to English football with little experience in the highest echelons of the game, but he possesses all the necessary qualities to seamlessly fit into Liverpool’s squad.

Even if he were to flop, the small amount the club has spent on his acquisition means that they will no doubt make a profit on his sale should they need to.

To any title-winning team, squad depth is essential. With the likes of Xherdan Shaqiri, Naby Keita, James Milner, and Origi, Liverpool have quality depth in various positions.

With the arrival of Takumi Minamino, the Reds have finally secured a viable backup for Firmino and may have found the final piece to their puzzle for Premier League domination.