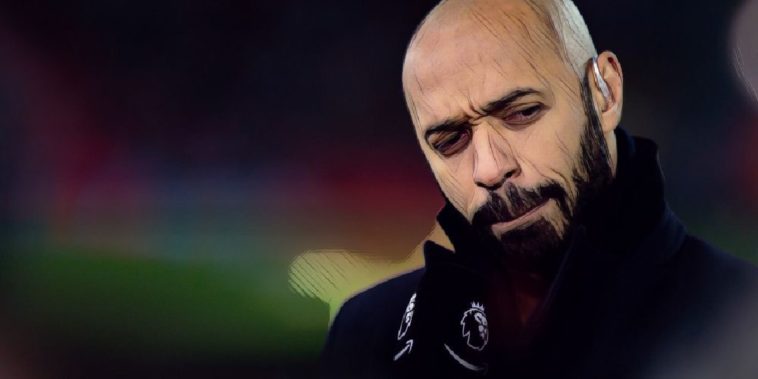 Thierry Henry believes Liverpool can match the achievement of Arsenal’s invincibles side and complete an unbeaten campaign in the Premier League this season.

Jurgen Klopp’s side have enjoyed a stunning start to the season and currently sit 13 points clear at the top of the division, the Reds’ Boxing Day victory over second-placed Leicester maintaining their unbeaten start and extending their significant advantage at the top.

A draw at Manchester United is the only blemish on an otherwise perfect record for the Merseyside club as we reach the halfway point of the season, Liverpool currently on course to secure a record 109 points if they maintain their form over the second half of the campaign.

Speaking before the European champion’s comprehensive 4-0 victory at the King Power Stadium, former Arsenal striker Henry admitted he believes the club will secure an elusive Premier League title and believes Klopp’s side have the capability to match the achievement of The Gunners famed ‘invincibles’ – going an entire season unbeaten.

“It’s for me a statement tonight,” Henry told Amazon.

“If they come here and win it, and win it well, it will be a matter of when, not if, they are going to win it [the Premier League].

“I think they’re going to win it.

“And I’m going to push it further, not because we’ve done it with Arsenal but because it’s a matter for me if they’re going to stay unbeaten.

“I think that team can stay unbeaten, and it will be who’s going to beat them first, because I think they will win the league.

“It’s not a big statement because they’re above everybody this year, and they can make a statement tonight.

“With the fixtures that they have at the minute, being able to come here and create that gap, that can be almost over.”