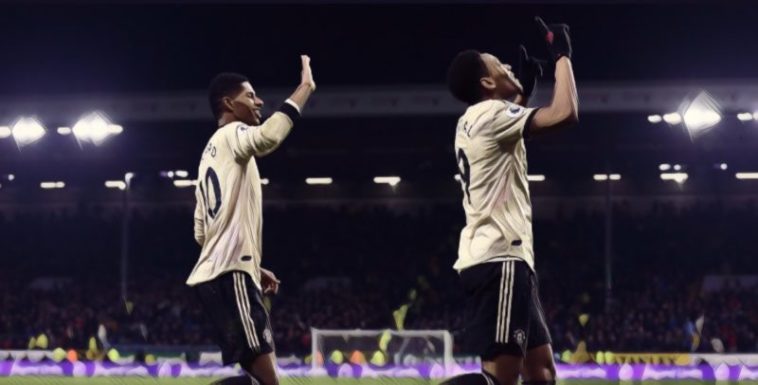 Manchester United made it back-to-back wins and moved up to fifth in the table after sealing an impressive 2-0 win over Burnley at Turf Moor tonight.

The Red Devils have received heavy criticism for some abject away performances in the Premier League this season, and perhaps the penny has finally begun to drop for many of the clubs young squad, with Solskjaer’s side starting brightly and dominating possession during the opening stages.

Burnley themselves began in typical fashion, looking resolute defensively and aiming to test a United backline that hadn’t kept a clean sheet since September with direct balls into the front pair of Chris Wood and Ashley Barnes.

Despite Manchester United seeing the majority of the ball, it would be a rare defensive mistake from left-back Charlie Taylor that allowed the visitors to break the deadlock, Andreas Pereira dispossessing the Clarets defender out wide before playing in Anthony Martial, who finished coolly past Nick Pope.

Burnley boss Dyche would empty his bench in search of an equaliser, but despite pumping plenty of balls into the United box the home side could not make a breakthrough, and Marcus Rashford would seal the win for Solskjaer’s side in injury time, after being played in on the counter by the impressive Daniel James.

We end the year, and the decade, with a hard-earned three points ✊#MUFC #BURMUN

Speaking after the game United boss Solskjaer was happy after seeing his side finally keep a clean sheet and showing that they are capable of grinding out wins on the road.

“In the first half I thought we were very good. We controlled it and dominated it,” Solskjaer told BBC’s MOTD.

”Second half of course there will be a couple more incidents in your box because they are throwing the ball into it but great defending.

“It is a big difference to get a clean sheet. It is important for us to know we can grind out results as well, even though if you score one you don’t always win but if we get the clean sheets we have a better chance to move up the table.

“There were so many great counter attacking opportunities. Excellent performance.

“We want to keep the momentum going. Two wins now and good response after the disappointing game against Watford. We have not lost a game straight after we have lost another one so happy with that.

”Good response from the players, they are learning.”

Next up for United is an away trip to North London, where they will face Arsenal on New Year’s day.