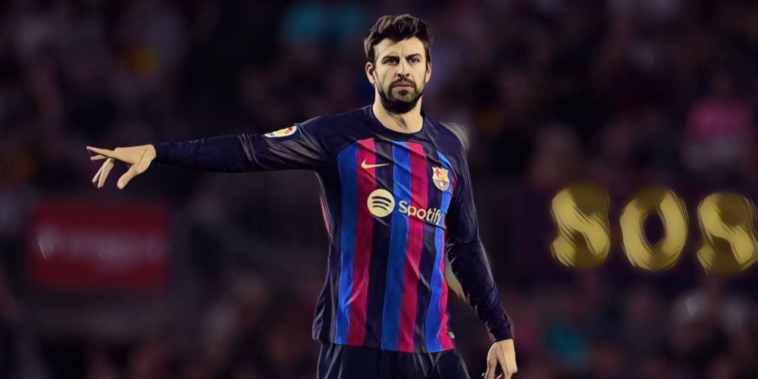 Pep Guardiola has reacted to the news that Gerard Pique is set to leave Barcelona and retire from football.

Pique has announced his decision to leave the Spanish side and retire from football, with his final fixture at the Camp Nou set to be this weekend’s clash with Almeria.

The 35-year-old will retire as one of the most decorated defenders of all time, having won the Premier League, eight La Liga titles and four Champions League trophies across spells with Manchester United and Barcelona.

Pique also won both the World Cup and European Championship with Spain, during an international career in which he won 102 caps.

Guardiola coached the centre-back at Barcelona and has sent his best wishes to Pique following the announcement of his imminent retirement.

“I wish him all the best for him and his family,” Guardiola said at a press conference ahead of Manchester City’s clash with Fulham.

“I know his mum and dad are incredible human beings.

“He was a player for the big games, he never missed those ones, or behaved inappropriately. People need those types of players in big clubs. The future will be bright because he’s a smart guy.

“It was an honour for me to manage him.”