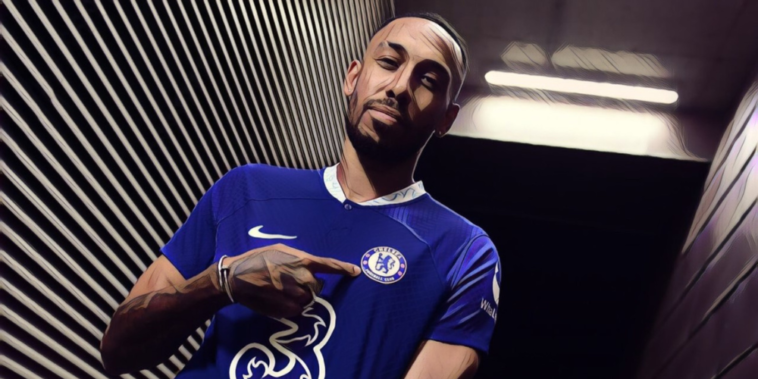 Alvarez a gem for Manchester City

Erling Haaland’s command of the headlines this season has allowed Julian Alvarez to adapt to the division under significantly less pressure.

The 22-year-old linked up with Manchester City during the summer after a deal with River Plate was agreed in January and has had an impressive impact during his cameo appearances to date.

Alvarez was a stand-out as City came from behind to beat Sevilla in midweek, producing an impressive performance in the absence of the injured Haaland. He was directly involved in all three goals as City concluded their group stage campaign with a win at the Etihad and continued his remarkable productivity around goal.

He has been involved in a goal or assist every 104 minutes across the Premier League, Champions League and Community Shield this season. In comparison, Gabriel Jesus is recording an involvement every 114 minutes during an impressive start at Arsenal, while Raheem Sterling is operating at 190 minutes per goal or assist this season.

Much was made about City’s decision to allow that duo to leave for Premier League rivals, but in Haaland and Alvarez the champions have upgraded and signed two forwards who are operating with ruthless efficiency. In a team that creates chances as freely as City, that’s ominous for the rest of the division.

Leandro Trossard has been in superb form for Brighton across the season’s opening weeks, with the winger’s performances having helped the Seagulls within touching distance of the European places.

Trossard’s contract is set to expire next summer, though Brighton do possess the option to extend his deal for a further season. Expect that to be triggered, as speculation continues to surround interest in the 27-year-old from rival clubs.

Leandro Trossard has scored against Liverpool, Man City and Chelsea this season.

The former Genk winger has long had talent, but has replaced the flashes of brilliance with more consistent end product this season. He has scored seven goals from just 12 league appearances, just one less than his career-best total of eight from last season.

Trossard was excellent in a false nine role for Brighton during last weekend’s 4-1 win over Chelsea, while he has performed admirably in wing-back and traditional wide roles. In addition to his consistency around goal, he ranks among the top 10% of attackers across Europe’s top five leagues this season for progressive passes and interceptions.

Manchester United, Arsenal, Chelsea and Newcastle have all been linked, with rumours of bids in the region of £30m this winter.

The mid-season scheduling of the World Cup has predictably led to pre-tournament injuries, with Ben Chilwell adding to Gareth Southgate’s issues at full-back. Reece James and Kyle Walker are already confirmed absentees or major doubts, with Chilwell’s hamstring issue set to potentially deny Southgate of three defenders deemed shoo-ins for his squad.

🚨 Ben Chilwell is an injury concern for the World Cup after leaving Stamford Bridge last night on crutches. pic.twitter.com/mUd0YXrnhj

Kieran Trippier looks a certain inclusion given his form and experience in operating on either flank, while the issues with James and Walker have opened up an opportunity for Trent Alexander-Arnold. Luke Shaw will be expected to start at left-back, but who else could force a way into the Three Lions’ plans?

Tyrick Mitchell, James Justin and Kyle Walker-Peters all earned first England caps earlier this year, while Brentford’s Rico Henry was a surprise omission from the 55-man provisional list but could come into contention following Chilwell’s injury.

One unorthodox selection could be Dan Burn. The towering 6ft 6in defender is not a traditional full-back, but is operating on the left side for a Newcastle team with the best defensive record in the division this season. He could provide left-sided balance as part of a back three, though his lack of international experience could count against him.

Unai Emery will begin his reign as Aston Villa manager this weekend, with the Spaniard officially unveiled this week ahead of this weekend’s clash with Manchester United. He inherits a team hovering nervously outside the relegation places, with a brief bounce under interim manager Aaron Danks short-lived following a 4-0 defeat at Newcastle last time out.

Emery will have watched on as the side he turned down last year thrashed his new team, with major concerns at how easy Villa have presented up chances to opposition sides this season. Organisation has long been a trademark of Emery’s sides and is much-needed at Villa, though chief among his tasks will be ensuring a creative cast of talent that has flattered to deceive is transformed under his management.

🗣 "I want to achieve new challenges."

Chief among them is Philippe Coutinho, who has failed to score or assist in the Premier League this season. Coutinho was lured to Villa Park by former Liverpool teammate Steven Gerrard, but after beginning in sparkling form has suffered a sharp decline. Out of form and out of favour, Brazil manager Tite watched on as he failed to make an impact off the bench at St James’ Park. In Coutinho and Emiliano Buendia, Villa have two attacking assets who need a kick-start.

Alejandro Garnacho has made headlines with his performances for Manchester United at youth level and the teenager was the shining light of the club’s FA Youth Cup-winning team earlier this year.

Garnacho scored twice in the final win over Nottingham Forest and was awarded the club’s Young Player of the Year Award, following in the footsteps of Ryan Giggs, Paul Scholes and Marcus Rashford in claiming the accolade.

At 18 years and 125 days, he has eclipsed George Best as Manchester United’s youngest ever non-English goalscorer in Europe 👏🏼 pic.twitter.com/AWXe450gBz

The 18-year-old was handed just his second start for the Red Devils during the 1-0 win at Real Sociedad on Thursday and marked the occasion with his first senior goal. Garnacho’s winner was a brilliant moment as he showcased his electric pace to race onto Cristiano Ronaldo’s pass and fire home, in the sort of explosively that has been his trademark at academy level.

Given Jadon Sancho’s poor form this season, Garnacho could be a wildcard option to inject some spark into Erik ten Hag’s forward line.

Newcastle are the form team in the Premier League right now, with no side in the division having won more points (16) across their last six games.

Eddie Howe’s team have climbed into the top four and while the Magpies are refusing to get carried away, there is momentum building at a side increasing with confidence.

Brilliant again today by everyone from back to front! ⚫️⚪️ pic.twitter.com/ejFsexrrdH

Central to their success has been Kieran Trippier, whose £12m arrival from Atletico Madrid last winter has proven an inspired investment. The England international has added leadership, while his creativity is a major weapon for the Magpies.

Trippier leads the Premier League for crosses (117) this season, while he ranks behind only Manchester City midfielder Kevin De Bruyne for expected assists, expected assists per 90 and shot-creating actions. Only De Bruyne and Fulham’s Andreas Pereira have made more than his 31 key passes.

Chelsea’s clash with Arsenal will headline the weekend action, a London derby match-up that will be amplified by the sub-plot of Pierre-Emerick Aubameyang facing his former side.

“It’s nothing personal, Arsenal,” Aubameyang stated in a promotional clip for BT Sport, but there’s no doubt the Gabon international will be keen to get one over Mikel Arteta and his former side. The relationship between the duo broke down last season, with Aubameyang stripped of the club captaincy due to disciplinary issues and allowed to depart for Barcelona on a free transfer.

The 33-year-old returned to the Premier League at Chelsea during the summer, where a video – recorded soon after his arrival at Barcelona – was later leaked of the forward criticising Arteta.

“Big characters and big players… he can’t deal with it,” Aubameyang said of his former manager. “He needs some young players who don’t say anything.”

He later clarified those comments and admitted his unhappiness at the manner of his exit: “At the time I still had a lot of bad feelings in me — Arsenal are doing great things this season and I wish all my old guys well,” Aubameyang said in a post on Twitter. “Just not on November 6.”

On the weekend of Bonfire Night, it’s a reunion that promises fireworks.

Ibrahima Konate returned to the Liverpool side for the club’s 2-0 win over Napoli in midweek, producing an accomplished performance as the Reds ended the visitor’s unbeaten start to the season at Anfield.

Konate’s performance in frustrating Napoli’s free-scoring side led to wide praise in the Italian press. While much of the recent focus has been on the absences of Luis Diaz and Diogo Jota, Konate’s issues this season have been overlooked. The France international became Liverpool’s lucky charm last season, with the Reds losing just once – the Champions League final to Real Madrid – with Konate in the side.

Back in business 🤜🏾🤛🏾 #YNWA pic.twitter.com/X2wtnxwVaU

The 23-year-old was particularly impressive in Europe and his return is a huge boost, given Joel Matip’s continued absence and the error-prone performances of Joe Gomez in recent weeks.

He has featured for just 21 minutes in the Premier League this season and his raw pace and positioning has been missed as opposition sides who have exploited space in behind Trent Alexander-Arnold. Liverpool look like a more assured side with Konate at centre-back and he is expected to retain his place as the Reds take on Spurs and Harry Kane this weekend.