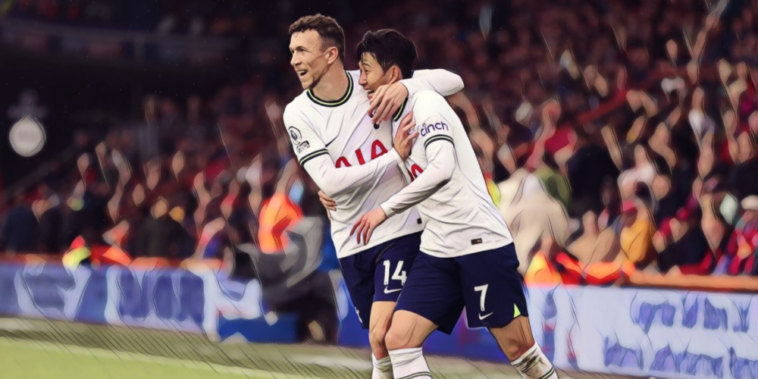 Tottenham take on Liverpool this weekend after securing Champions League qualification in midweek, as the two teams do battle in a clash that could impact a place in next season’s competition.

Liverpool are in danger of falling adrift of the top four race after back-to-back defeats and will hope to address their recent form in north London.

Spurs showed spirit to come from behind and win in Marseille in midweek, as Antonio Conte’s side weathered a first-half storm at the Stade Velodrome. An improved second half performance earned all three points and ensured Spurs will enter Monday’s Champions League last-16 draw among the seeded sides.

File this one under 'scenes' 📁 pic.twitter.com/nzyi1bmP6R

Conte will be concerned with his team’s slow starts however, after Spurs also came from behind to beat Bournemouth in the Premier League last weekend. The north Londoners trailed 2-0, before Rodrigo Bentancur’s stoppage-time strike sealed a dramatic late win.

Spurs will have to deal with the absence of key personnel this weekend, after confirming Son Heung-min requires surgery on a fracture around his eye. Richarlison and Dejan Kulusevski are also absent and Conte will need to restructure his forward line to get the best from Harry Kane.

Cristian Romero could return however, in what would represent a huge boost.

Liverpool’s form in Europe has contrasted their domestic struggles, with the Reds bouncing back from setbacks against Nottingham Forest and Leeds to beat Napoli in midweek.

Jurgen Klopp’s team left it late to end Napoli’s unbeaten record this season and the influence of Darwin Nunez off the bench was encouraging, as the forward was involved in both goals. The Uruguayan is averaging a goal every 106 minutes for Liverpool this season and is expected to return to the starting side this weekend.

On hand to tap home after @VirgilvDijk's powerful header 😅

Klopp will want his side to end their wretched run of conceding the first goal, one which continued against Leeds last weekend. The Reds have conceded first in eight of their 12 league games this season.

Ibrahima Konate’s return is a welcome boost for Liverpool. The defender was impressive against Napoli and has lost just once in 31 career appearances for the Reds.

Liverpool dropped costly points late in the Premier League title race, as Spurs held Jurgen Klopp’s side to a 1-1 draw at Anfield.

Hugo Lloris was forced into a save early on from Ryan Sessegnon’s wayward defensive header, before Virgil van Dijk crashed a header of his own off the top of the crossbar. Spurs also hit the woodwork through Pierre-Emile Hojbjerg, before Son Heung-min opened the scoring.

The South Korean tapped home after a flowing counter involving Harry Kane and Sessegnon, but Spurs were unable to hold out. Luis Diaz scored a spectacular equaliser for Liverpool, who dropped points at Anfield for the first time since October.

The draw continued Liverpool’s strong recent record in the fixture, with the Reds unbeaten in the last ten encounters across all competitions.

Is Tottenham v Liverpool on TV?