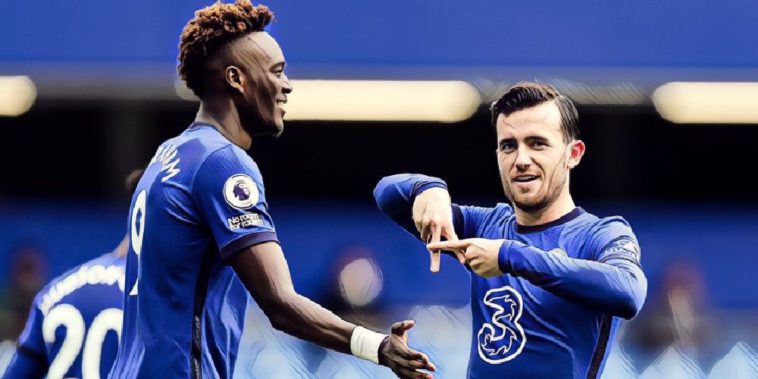 Crystal Palace host Chelsea on Saturday evening, the visitors looking to get their top four ambitions back on track after their shock defeat to West Bromwich Albion last weekend.

Here’s all you need to know about that meeting at Selhurst Park:

Despite looking all but safe from the drop, it’s perhaps been a slightly underwhelming season for the Eagles thus far, with them having failed to really threaten the top-half of the table so far this term.

They well may be in a better league position than last season and set to better their tally of 43 points from the 2019/20 campaign, yet they appear to have somewhat stagnated, with the brand of football, in particular, coming under scrutiny.

However, with current boss Roy Hodgson approaching the end of his existing deal and with 11 first-team players also out-of-contract this summer, there could well be a major shake-up at the club before the start of next season.

The former England manager has no doubt done well to stabilise the club following Frank De Boer’s wretched, brief spell in charge, yet it now appears that the club are in need of a change, with merely just surviving in the top-flight perhaps no longer enough.

That being said, Hodgson’s men haven’t exactly performed poorly of late, taking points off both Manchester United and Everton in recent weeks, while they’ve lost just once in their last six games, that defeat coming at the hands of Tottenham on March 7th.

As for this weekend’s clash, Palace will be without Chelsea loanee Michy Batshuayi who is ineligible to face his parent club, although defender Tyrick Mitchell could be pushing for a start after making his return to the bench in Monday night’s draw with Everton.

After enjoying a relatively smooth ride since Thomas Tuchel walked in the door in early January, the Blues’ first real bump in the road came as a real shock to all concerned, as they slipped to a 5-2 defeat to West Brom last weekend.

The home side had taken the lead through Christian Pulisic, before veteran defender Thiago Silva was sent off for two bookable offences midway through the first-half, on what was his return to the side following a spell out with injury.

A brace for Matheus Pereira on the stroke of half-time gave the visitors a surprise lead at the break, before they added three more in the second-half to compound Chelsea‘s misery, forward Callum Robinson once again netting twice after having done so in the two side’s previous league meeting.

That result was only the club’s first loss in 14 games under Tuchel across all competitions, yet it has somewhat impacted their top four hopes, with London rivals West Ham moving above them into fourth place, albeit with only a point separating the two sides.

Despite that chastening defeat, the Blues reacted quickly in midweek to put it behind them, goals from Mason Mount and Ben Chilwell giving the Premier League side a strong advantage in their Champions League quarter-final tie with FC Porto.

As for this weekend, Tuchel will be without the suspended Silva, although Christian Pulisic is likely to be available after featuring on Wednesday night, despite being forced off at half-time at the weekend. Defender Antonio Rudiger is also likely to feature once again, despite a training ground row with Kepa Arrizabalaga following Saturday’s loss.

Hodgson and co. will be hoping for a much closer affair when the two sides meet on Saturday, after having been on the receiving of a real thrashing by then-manager Frank Lampard’s side at Stamford Bridge earlier this season.

After a slow start to the match which saw the hosts struggle to break down their opponents, the game kicked into life after the break, Ben Chilwell firing home on his Premier League debut for the club to give his new side the lead.

The home side then added some gloss to the scoreline late on through Jorginho, the Italy international netting twice from the penalty spot in the space of just four minutes.