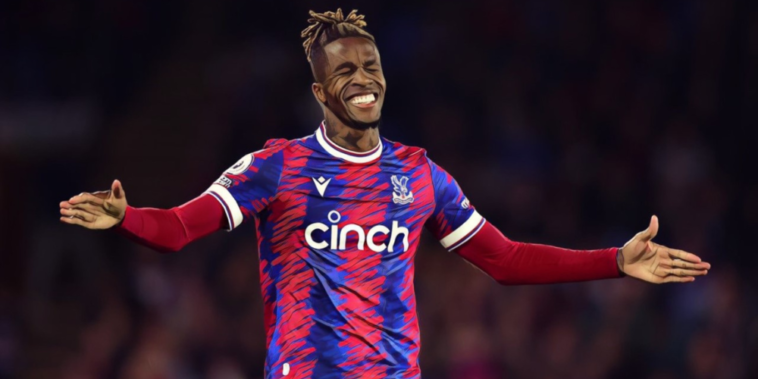 Crystal Palace are in talks to extend Wilfried Zaha’s contract at the club amid reports linking the forward with a move to Arsenal and Chelsea.

Zaha has been regularly linked with leaving the Eagles for a ‘big six’ side and has began the current campaign in excellent form with five goals from nine Premier League appearances.

The 29-year-old scored 14 league goals last season and has entered the final season of his deal at Selhurst Park, with concerns that the Ivory Coast international will depart on a free transfer next summer.

Arsenal – who attempted to sign Zaha in 2019 – and Chelsea have been linked with a move, but Patrick Vieira has confirmed that the Eagles are in negotiations over a potential extension to Zaha’s contract.

“Wilfried knows what the club think about him, and we know what he thinks about the club,” Vieira said at his post-match press conference after Zaha scored the winner at Wolves on Tuesday.

“There will be discussions taking place [over a new contract] but for myself and for the club what is important is for him to play at this level and to be consistent and to help those young players around him to grow and we will see what will happen.

“If Wilfried Zaha has a good day, the team will have a good day. He’s an important player on and off the field, he’s got the experience and today he was really good in possession and out of possession he worked really hard.”

Meanwhile, Calciomercato are reporting that Zaha would be interested in a move to Liverpool next summer. The Reds could be in the market for a forward with Roberto Firmino out of contract and the Ivorian’s availability on a free transfer – alongside an ability to operate in each of the front three positions – could appeal to Jurgen Klopp.