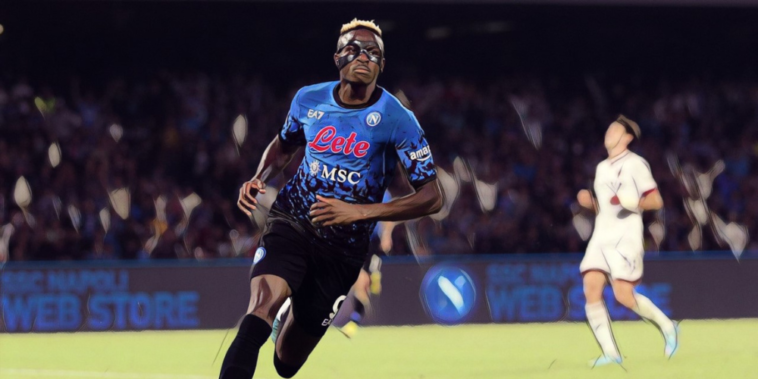 Chelsea have stepped up their scouting of Victor Osimhen as the club consider a summer deal for the Napoli forward.

Graham Potter is keen to bring in a new centre-forward and Osimhen is understood to have emerged as a top target, with the Nigeria international having received ‘glowing reports’ from club scouts.

Osimhen scored 18 goals in all competitions last season to be named as Serie A’s Young Player of the Year and has scored three goals in six league appearances during the current campaign.

The 23-year-old has impressed for a Napoli side who lead Serie A and have shone in the Champions League this season, remaining unbeaten in both competitions.

Chelsea signed Pierre-Emerick Aubameyang from Barcelona on deadline day, but the Gabon international will turn 34 next summer and is not viewed as a long-term option. There are also no plans to reintegrate Romelu Lukaku back into the squad, with the 29-year-old having been allowed to leave on loan for Inter Milan before Potter’s arrival as manager.

According to 90min, Bayern Munich are also monitoring Osimhen ahead of a potential move. Chelsea are also believed to be tracking Juventus’ forward Dusan Vlahovic as an alternative option, while the club continue to pursue a double deal for RB Leipzig duo Christopher Nkunku and Josko Gvardiol.