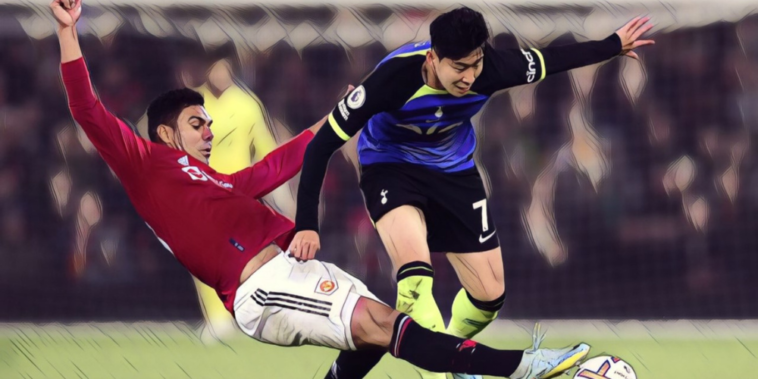 Antonio Conte admits his team were beaten by the better side after Tottenham lost 2-0 at Manchester United.

Spurs missed the chance to go second in the Premier League after defeat at Old Trafford, with the north Londoners second-best throughout in a disappointing performance.

Conte’s side struggled to contain the dominant hosts and created minimal chances of their own, as goals from Fred and Bruno Fernandes condemned Spurs to defeat. But for a brilliant performance from Hugo Lloris, the scoreline could have been more emphatic.

Conte conceded United were deserved winners and warned that Spurs – who have taken just one point from three games against ‘big six’ opposition this season – must raise their levels.

“I think in the game, United deserved to win,” Conte told Amazon Prime.

“They played a really good game. In our side, I think the level has to be higher, we need to improve a lot and to try and be better than today.

“The first goal was a deflection but at the end I have to be honest and tell you United played better than us. They created more chances than us. In to the pitch we put will but we have to show this level we need to try to improve and be better. The level was high and United showed today they are much better than us today.

“I consider United a really good team and you know very well what they did in the transfer market and what they can spend. You are talking about two different levels. In this type of game we can do better. We struggle against Chelsea and Arsenal and today.

“We have to try to improve and there is only the work to do this. I repeat, especially in this type of game when the atmosphere is a lot of noise, United are an important team, we can improve and increase our level.”