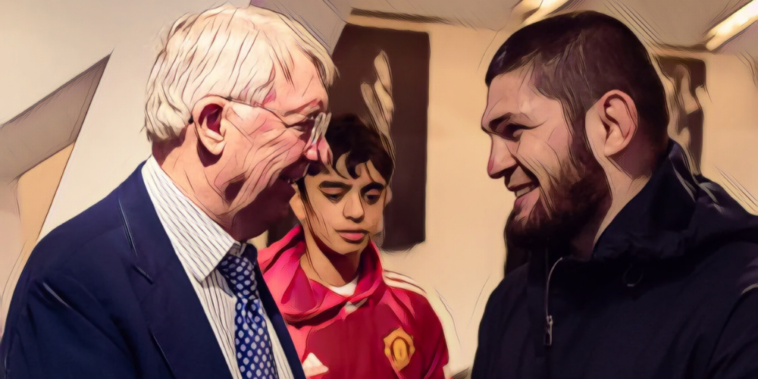 Sir Alex Ferguson has been filmed questioning Ole Gunnar Solskjaer’s decision to start Cristiano Ronaldo on the bench during the weekend draw against Everton.

United dropped points after labouring to a 1-1 draw with Everton on Saturday lunchtime, with Solskjaer’s team selection causing surprise as Ronaldo was named only amongst the substitutes.

The 36-year-old – who had scored five goals in five appearances since returning to the club from Juventus – was introduced as a second-half substitute, but was unable to help the Red Devils to victory at Old Trafford.

Former manager Ferguson was at the game at weekend and was filmed apparently questioning Solskjaer’s selection, in a discussion with former mixed martial arts champion Khabib Nurmagomedov in the directors’ lounge at Old Trafford after the match.

The duo discussed the game and Ronaldo’s omission from the starting line-up, with Ferguson telling the Russian that ‘you should always start with your best players’.

“I also think that when they saw Ronaldo wasn’t playing …” said Ferguson.

“You should always start with your best players.” [@MirrorFootball] #MUFC pic.twitter.com/7dLgZAu6s4

He is then interrupted by the Nurmagomedov, who pointed out: “He came on in the second half.” Ferguson follows that up by saying: “I know but you should always start with your best players.”

The draw with Everton has increased the pressure on Solskjaer, following a series of unconvincing performances in recent weeks.

United, however, remain just two points adrift of league leaders Chelsea heading into the international break and will return to Premier League action with a trip to face Leicester on October 16.