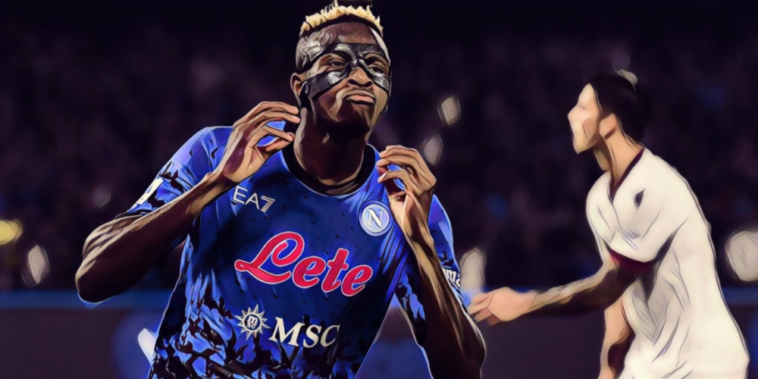 Victor Osimhen has no desire to leave Napoli despite reported interest from the Premier League, according to the player’s agent.

The Nigeria international’s impressive performances have attracted suitors across Europe, with Manchester United and Arsenal among those linked with a move.

Osimhen scored 18 goals in all competitions last season to be named as Serie A’s Best Young Player, while the 23-year-old has been a central part of an impressive Napoli team that are unbeaten in both the league and Champions League so far this season.

Despite speculation surrounding his future, Osimhen’s agent has confirmed that the forward had no intention of leaving during the summer and is keen to continue with the Italian side.

“We haven’t found out now that Osimhen is the subject of interest from so many teams, but things are done in three: who sells, who buys and the player,” Roberto Calenda told Radio Kiss Kiss, as per GOAL.

“I was immediately clear this summer because I knew there would be a lot of news coming out from those who had other interests perhaps. But I, the boy and Napoli had very clear ideas.

“Whoever talked about a departure made a mistake. It was Victor’s will to stay at Napoli and play the Champions League that he won entry to last year together with his team-mates. Victor wanted exactly that, to have a great year with Napoli, between the league and the Champions League.

“He has a long contract with the Azzurri. The market is dynamic, but our will is to continue at Napoli and continue to do well.”