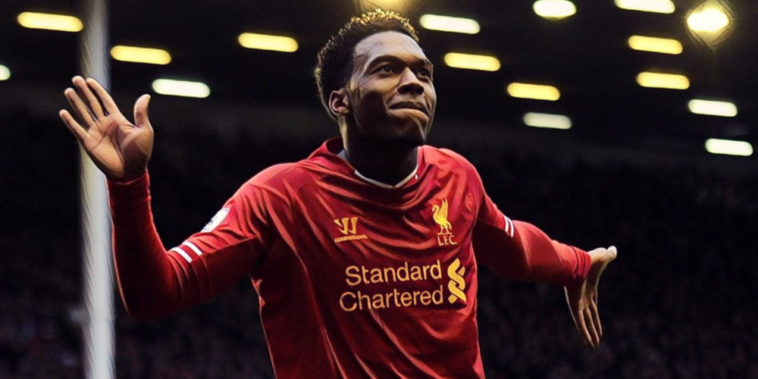 Chipped finishes can be among the most aesthetically pleasing goals in football, an effort of delicate delight that leaves a goalkeeper utterly helpless when executed to perfection.

Throughout the Premier League era we’ve seen plenty of perfect chips over stranded goalkeepers and in tribute we’ve decided to remember five of our very favourite.

Here are five of the best chipped finishes in Premier League history.

Ian Wright was a master around the penalty box with the former Arsenal favourite boasting one of the most varied catalogues of finishing in the division.

The Gunners great scored 185 goals across his seven seasons with the north Londoners, but few were as audacious as this lifted finish against Swindon during the 1992/93.

Swindon spent just one season in the Premier League and finished bottom of the division with over a century of goals conceded. Many came from individual errors, but there was little The Robins could do about Wright’s moment of magic.

There appeared little danger as the forward collected the ball some distance from goal, but a wonderful chipped finish put the seal on a 4-0 win for Arenal.

Just how good is this Ian Wright chip? 🤯#GoalOfTheDay pic.twitter.com/5PhoMsPc7D

For a team that won precisely zilch, there’s a special place in the affections of many a football fan for Newcastle’s swashbuckling side of the mid-nineties. It was one which entertained, excited and spectacularly imploded to surrender the Premier League title in 1996.

The following season Newcastle returned with renewed intent, bolstered by the £15m world-record signing of Alan Shearer. Perhaps the peak of their team came during a clash with Manchester United, in which Kevin Keegan’s side thrashed the Premier League champions 5-0 at St James’ Park.

Goals from Darren Peacock, David Ginola, Les Ferdinand and Shearer did the damage, before Phillipe Albert put the finishing touch on a famous win with this goal. Simply superb from the big Belgian.

Let's relive *that* goal, shall we? pic.twitter.com/jeFvV9DInP

Ok, maybe not the Cantona moment, but his martial-arts madness at Crystal Palace aside it’s hard to think of more iconic imagery of the great man.

The sharp footwork to turn out of trouble, the neat one-two, the finish that fooled the goalkeeper and led to one of the great Premier League goals.

It was poetry in motion from ‘King Eric’, who stood and swaggered to take in the acclaim of an adoring Old Trafford.

Eric Cantona at his brilliant best for @ManUtd with *that* sublime chip 😏#GoalOfTheDay pic.twitter.com/aop7tWRuqP

Ok, we accept that there’s been better chipped goals than this, but there are not many which remain etched into cult consciousness quite like John O’Shea’s special at Highbury.

Manchester United vs Arsenal remains the defining rivalry of the Premier League. Two evenly-matched teams each dressed in a mix of ferocity and class. It was Ferguson vs Wenger. Keane vs Vieira. Henry vs Van Nistelrooy.

John O’Shea might have been more supporting actor than leading man in Premier League’s best drama, but he took centre stage on one memorable night in north London. A typically ferocious game was poised at 3-2 to United when O’Shea made the points safe.

Paul Scholes found the Irishman, who somehow found himself as the furthest man forward with Manuel Almunia scrambling to narrow the angle. No bother at all for United’s Jack of all trades, who nonchalantly lifted the ball over the Spaniard to the bewilderment of almost everyone inside the ground – O’Shea included.

“Ah, I was trying to do an awful Eric Cantona celebration with the hand,” O’Shea recalled to OTB on his stunned celebration.

“I just looked like I had an awful shock on my face! Everyone was telling me after, ‘Oh, you must have thought you were offside?’ In my mind, I was Eric Cantona though, not in anyone else’s though!”

Had Daniel Sturridge’s legs not been as fragile as the pastry on a Greggs’ sausage roll, he might just have more celebrated status as a Premier League frontman.

When he was good, he was very good, never more so than a brilliant 2013/14 campaign for Liverpool. Alongside Luis Suarez, the dovetailing SAS fired Brendan Rodgers’ side to within a whisker of the Premier League title, before a late-collapse and Steven Gerrard’s slip turned the Merseyside momentum into a Scouse tragedy.

Suarez and Sturridge combined for 52 league goals to finish one and two in the Premier League’s Golden Boot race, with the best of the latter’s arguably this cheeky chip against West Brom.