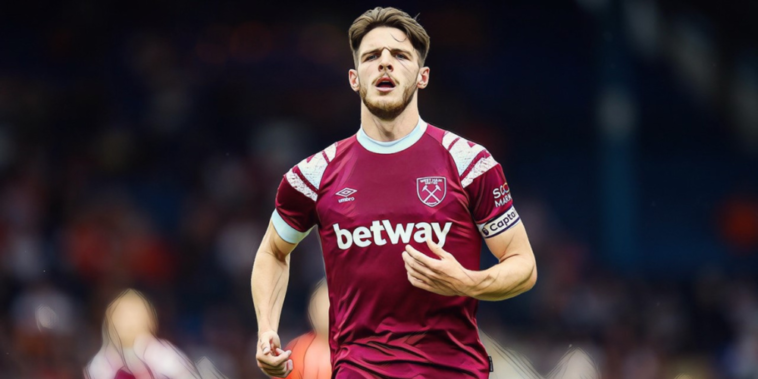 Mark Noble admits West Ham could struggle to keep Declan Rice if a top club firms up their interest in the midfielder.

Rice has been linked with an exit from West Ham and recently discussed his ambition to compete in the Champions League.

Chelsea and Manchester United are among the clubs to have been credited with an interest in the England midfielder, who impressed during the Three Lions’ World Cup campaign in Qatar.

Noble mentored Rice following his emergence from the West Ham academy and will now have a role in the future of his former teammate, with the 35-year-old set to begin a new role as the Hammers’ sporting director after retiring at the end of last season.

Noble has discussed West Ham’s hopes of retaining Rice and admitted the club could be powerless to prevent his exit, should a leading side make a substantial offer.

“Whether you think things will get dicey at West Ham – and I don’t believe they will – we just can’t cope financially with the top teams,” Noble told The Guardian.

“We can try our hardest to recruit the best players that the top five or six don’t buy – and we might get lucky with a few that slip through the net – but you can’t compete with these teams. They’re financially too powerful.

“If a top club wants Declan Rice they’re just going to pay for him, full stop. You’ve seen it with Jack Grealish, with the best players. If the top boys want them, we ain’t got a chance.”

Noble discussed his plans for West Ham as he begins his new role and says the club will require smart recruitment and production from the academy to compete with the top sides.

“We need to be in the market of probably 25 teams across Europe. Maybe from fourth to eighth in the Spanish league, the same in the German league. Those are our rivals when we are recruiting players because we can’t afford to buy who we want. It’s not going to happen.

“So we’ve got to be clever and find ways of recruiting young players and developing them, bringing them from the academy to the first team because that’s a massive plus. We’ve seen that with Declan Rice, Ben Johnson, myself and others. A good young English player is worth 40 million quid. It’s incredible. So if we can produce three or four of them, we’re doing something right.”