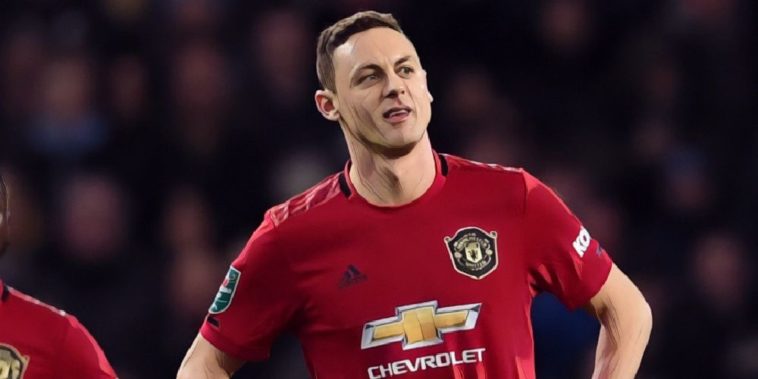 Nemanja Matic has outlined Manchester United’s ambitions for the new season and says there is ‘no excuse’ for the club as they bid to ‘fight for the title’.

Ole Gunnar Solskjaer’s side enjoyed a strong second half to the season and were unbeaten in the Premier League since the division’s restart in mid-June, securing a third-placed finish and qualification to next season’s Champions League.

The winter window signing of Bruno Fernandes proved to be the catalyst behind United’s resurgence, with the midfielder providing the cutting edge to a side which had lacked consistency in the early months of the campaign.

The club’s improved form has raised optimism ahead of next season and Matic says there is now ‘no excuse’ for the Red Devils as they attempt to bridge a significant gap to both Manchester City and Liverpool, the latter finishing 33 points clear of Solskjaer’s side to be crowned as champions.

“From the next season there is no excuse. We have to go with everything,” Matic said on the UTD Podcast.

“We have to fight for the title because I felt that this year we dropped some points too easy.

“We allowed Liverpool to win [the title], I don’t know, 10 games before the season finished. They won the league, so we cannot allow that. We need to fight to the end. We have to play with more confidence, with more responsibility.

“My personal target is to win the league with United and I am sure that everyone wants to do the same. We have to promise our supporters that we will do our best – exactly what we have done after [the coronavirus lockdown] when we started to play again. That’s Manchester United.

“We have to win five, six consecutive games then you can drop some points, then again you have to do that run. Like that we can win the league. In the beginning of the season we were not stable, we won one or two games then we lost and we drew. Proper United is exactly what we did after [lockdown] and I hope we can continue like that next season.”