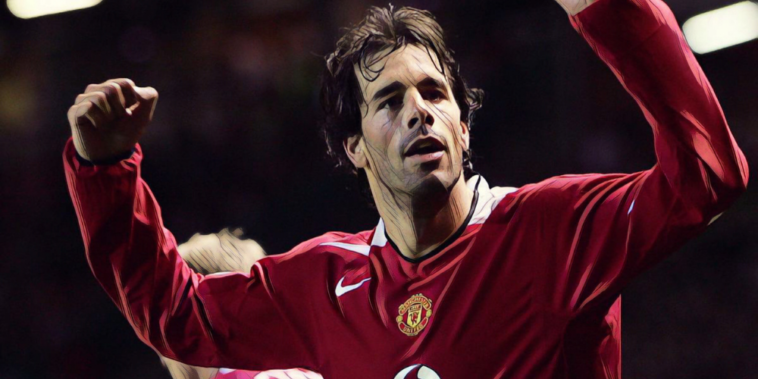 The Dutch, famously liberal and a nation that certainly produces some footballing talent. Several of the country’s best talents have crossed the channel to ply their trade in English football during the Premier League era, with many finding a home at the division’s most successful side, Manchester United.

United are ‘going Dutch’ this summer following the appointment of Erik ten Hag as manager, with the new boss also closing in on deals for compatriots Frenkie de Jong and Tyrell Malacia.

Ahead of those moves, we’ve decided to rate every Dutch player to have played for Manchester United in the Premier League era.

The son of a footballing legend, Jordi Cruyff would largely struggle to emerge from the shadow of his famous father during a career that took in spells at the likes of Barcelona, Manchester United and Espanyol.

The midfielder came through the academy ranks at the Catalan club his father had helped transform, making 54 appearances in all competitions before moving to Old Trafford for £1.4m in the summer of 1996.

Despite high hopes that Cruyff could make an impact on a United side that had dominated the early seasons of the Premier League, his career stagnated in English football as a succession of injuries restricted his ability to make an impression.

Cruyff claimed a league title in his debut season, but four years yielded just 58 appearances and eight goals in all competitions before a return to Spain at the expiry of his contract.

Raimond Van der Gouw joined compatriot Cruyff at Old Trafford in 1996, with the goalkeeper signed from Vitesse Arnhem to serve as back-up to Peter Schmeichel.

After limited appearances in each of his first three seasons, Van der Gouw enjoyed a more regular role following Schmeichel’s departure to Sporting Lisbon in 1999, playing 14 times in the Premier League as Australian shot-stopper Mark Bosnich faltered in his attempts to replace the Great Dane.

That tally was enough to see Van der Gouw qualify for a Premier League winners’ medal for the first time, though he returned to a back-up role following the signing of Fabien Barthez from Monaco in 2000.

Stam’s departure from Manchester United is considered by Sir Alex Ferguson as one of his greatest regrets, a testament to the Dutch defender’s imperious performances during a hugely successful three-year spell at the club.

The centre-back was a formidable defensive presence, combining pace and power with ball-playing abilities, and won three league titles, one FA Cup and the Champions League during his time at Old Trafford.

A perfect cross from Becks gifted Jaap Stam his first and only goal for United #OnThisDay in ’99! 👌#MUFC #GoalOfTheDay pic.twitter.com/653nPsIxyO

He signed for Lazio in 2001 in acrimonious circumstances but despite his relatively short spell in the Premier League, the towering defender is widely recognised as one of the competition’s greats.

Sir Alex Ferguson and Manchester United had to wait a year to secure the services of prolific forward Ruud Van Nistelrooy after a major knee injury delayed his move from PSV, but the then-British record signing certainly proved worth the wait.

A phenomenal return of 150 goals in 219 games followed, as Van Nistelrooy won the Premier League, FA Cup and League Cup across five seasons at Old Trafford.

That second season saw Van Nistelrooy score 44 goals in all competitions, a Premier League record he shares for a single season alongside Liverpool’s Mohamed Salah.

After falling out with an up-and-coming talent by the name of Cristiano Ronaldo, Van Nistelrooy was sold to Real Madrid in 2006 but is remembered fondly amongst the adoring United fanbase.

Peter Schmeichel’s Manchester United departure left a huge void between the posts, one that would take six years to fill before the arrival of the experienced Van der Sar.

Several replacements had failed to adequately replace the goalkeeping great, but the Dutchman’s signing soon brought a new sense of solidity to the club’s number one position.

Signed from Fulham for just £1.5m, the veteran goalkeeper proved one of the Scot’s shrewdest purchases of the Premier League era.

For a player of immense talent, Van Persie’s 11 years in English football delivered very little in terms of team silverware. Eight years and 132 goals at Arsenal saw the forward win just one FA Cup and when the opportunity arrived to join Manchester United in 2012, Van Persie took his chance.

His debut season at the club proved to be one to remember, as Van Persie produced some breathtaking moments to inspire United to a record-extending 20th league title.

The Dutchman’s 26 goals earned him the division’s Golden Boot, with Van Persie’s signing the catalyst as United wrestled the title back from neighbours Manchester City.

The greatest goalscorer in the history of the national team, Van Persie left the club for Fenerbahce in 2015 having scored 58 goals in 105 appearances.

United agreed a deal to sign Alexander Buttner from Vitesse Arnhem in 2012, as the Red Devils sought competition for the ageing Patrice Evra.

A move to Southampton had looked on the cards for the full-back until United’s intervention, and a goal on his debut was followed by a Premier League title success during his debut season.

That would be as good as it got for Buttner, however, his bit-part role in that campaign part of a struggle to establish himself, making just nine league starts over two seasons.

He signed for Dynamo Moscow in search of regular first-team football, before spells at clubs including Anderlecht, Vitesse and current club RKC Waalwijk.

Having been part of Louis van Gaal’s Netherlands side that reached the 2014 World Cup semi-finals, Blind followed his compatriot to United later that summer as a new era began at Old Trafford.

Blind enjoyed a solid if unspectacular four-year spell at the club, winning the FA Cup under Van Gaal before later lifting a Europa League and League Cup double in Jose Mourinho’s debut season.

His versatility was a valuable asset as he operated in a variety of positions including centre-back, midfield and left-back, though he returned to Ajax in the summer of 2018.

Blind has since won three league titles during his second spell with Ajax and has earned 92 caps for the Oranje at international level.

The winger had developed a burgeoning reputation as a goalscoring wide forward during his time at PSV Eindhoven, before moving to Old Trafford in a £25m deal where he was handed the club’s hallowed number seven shirt.

Depay’s time in English football saw him fail to live up to expectations, however, scoring just two league goals in 18 months before being deemed surplus to requirements by Jose Mourinho and sold to Lyon.

Lovely skill and a precise finish from @Memphis 🎯#MUFC pic.twitter.com/n1SkPZ7s3H

His career enjoyed a renaissance in French football, scoring 78 goals in 179 appearances before a free transfer move to Barcelona in 2021.

He has also scored 42 goals in 80 caps for the Netherlands, with only Robin van Persie having ever netted more for the national side.

Fosu-Mensah struggled to establish himself as a Manchester United player after joining the club from Ajax as a teenager.

The versatile defender made just 16 league appearances across six seasons at Old Trafford, which included spending time on loan with both Crystal Palace and Fulham.

He signed for Bayer Leverkusen in January 2021 but has again struggled for a regular role in Germany, with the 24-year-old having won the last of his three international caps in 2018.

Tahith Chong excelled for the club’s academy sides after arriving from Feyenoord, but has failed to make the step up to senior level, making just five league appearances.

The winger has endured mixed fortunes across loan spells with Werder Bremen, Club Brugge and Birmingham City, with the 22-year-old scoring just once in 18 Championship appearances last season.

Once backed for a bright future in the Premier League, he is reportedly close to agreeing a return to Feyenoord this summer.

Donny van de Beek arrived with a growing reputation from Ajax in 2020, having excelled during the Dutch side’s run to the Champions League semi-finals in 2018/19.

United spent £35m to sign the midfielder, but his time in English football has been one of frustration as he has been afforded just four league starts across two seasons.

The 25-year-old failed to gain momentum during a six-month loan at Everton last season, but will hope for a long-awaited chance after the appointment of former Ajax boss Ten Hag at Old Trafford.