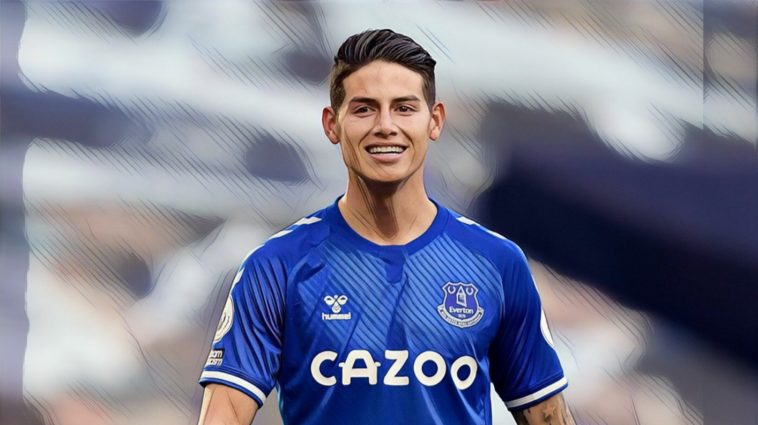 Newcastle United have reportedly made an approach for Everton’s James Rodriguez, the playmaker seemingly surplus to requirements under new boss Rafa Benitez.

The Colombian international’s arrival at Goodison Park last summer was initially seen as a major coup for the Merseyside club, with the player opting to reunite with former Real Madrid boss Carlo Ancelotti after a difficult stint at the Bernabeu.

Despite a bright start to life in the Premier League, the former Monaco man appeared to fade as the season progressed, with injury and a loss form seeing his game time restricted, as he featured in just 23 league games all season, albeit while netting a respectable tally of six goals.

The arrival of former Liverpool manager Benitez is seemingly set to restrict his impact even further, the 30-year-old absent from the Spaniard’s first two matchday squads of the season.

As per Marca the creative midfielder’s could well still lie in the English top-flight, however, with Benitez’s form side Newcastle said to have made an approach for his services.

The report suggests that Rodriguez has been informed that he won’t play for the Toffees this season and therefore has just under ten days until the window shuts to find a suitable destination.

Rafa Benitez on the futures of James Rodriguez and Moise Kean… pic.twitter.com/D8sFhoIpZT

The situation at Everton for the player is at such a point that he was even seemingly unaware of who the club were actually playing at the weekend, with Benitez’s men eventually going on to pick up a 2-2 draw away at Leeds.

Newcastle reportedly showed an interest in his services 12 months ago prior to his move to Goodison and manager Steve Bruce is keen to try once more in an attempt to bring him to St James’ Park, though the report says that the playmaker will need to take a pay cut to facilitate a move.

The Magpies have got off to a poor start to the new campaign with back-to-back defeats against West Ham United and Aston Villa, with the lack of new arrivals seemingly a major issue.

At present, the only major addition has been that of Joe Willock for a fee in the region of £25m, with it unlikely that there will any other major investment as owner Mike Ashley still plots his sale of the club.

With midfield and defence appearing in need of bolstering, a move for Rodriguez may not make a great deal of sense, particularly with the likes of Willock, Allan Saint-Maximin and Miguel Almiron all able to slot in to the number ten role that is perhaps the Colombian’s best role.