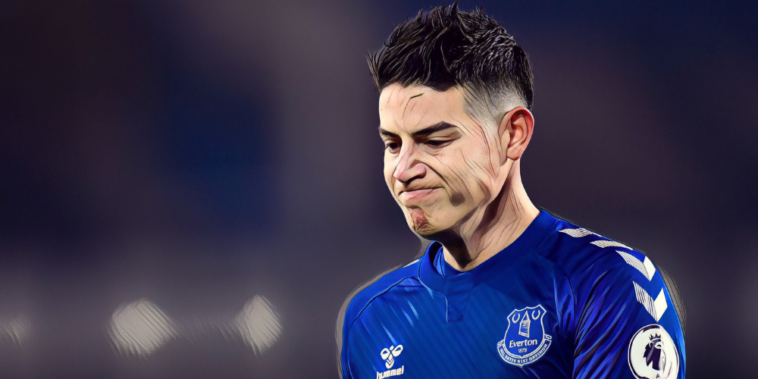 Rafael Benitez has remained coy on the future of James Rodriguez, with the Colombian admitting he doesn’t even know who Everton are playing this weekend.

Rodriguez has been linked with an exit this summer following the departure of former manager Carlo Ancelotti to Real Madrid, with reports having suggested that the Toffees are open to the sale of the midfielder.

The 30-year-old’s latest comments on social media have done little to give the impression he is focused on a return to the side, giving an unclear answer regarding his return to training and admitting he is not even aware of Everton’s weekend opposition in the Premier League.

“I will start training on Monday, I think”, Rodriguez said on Twitch. “On the weekend I will not play, I don’t even know who Everton is playing, can you please tell me?

“I think it is away because the past was here at home. Ah, against Leeds they play, away from home, against Bielsa, a difficult game, let’s see what happens, hopefully they win.”

Benitez was coy on the future of the Colombia international when speaking at his pre-match press conference ahead of the clash with Leeds, with the Everton boss insisting his focus is on football and that he will ‘see what happens at the end of the transfer window’.

“I understand that people want to know everything but the situation is that he is our player until the 31st of August,” he said.

“Hopefully we can just carry on with the training sessions and see what happens at the end of the transfer window.”

Read Also – Opinion: History is not on Aston Villa’s side, just ask Everton and Spurs