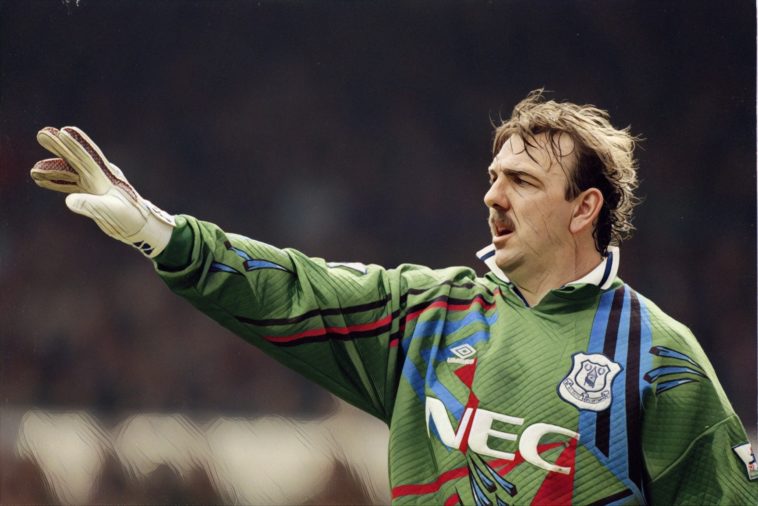 Former Everton and Wales netminder Neville Southall is the latest inductee into the 90’s Football Hall of Fame.

Southall enjoyed a successful 17-year spell with the Toffees, winning two league titles, two FA Cups and the European Cup Winners’ Cup, becoming a club hero in the process thanks to his world-class performances during the eighties.

The Welshman is the last goalkeeper to win the FWA Player of the Year award and for a period during the mid-eighties he was considered the very best in the world in his position. Although the nineties were not as successful, he was still a key player for the Merseyside outfit, particularly when they won the FA Cup in 1995.

Since retiring Southall has been making as big an impact off the field as much as he did on it, becoming a popular figure online for his tweets about Tory skeletons, being an LGBTQ+ ally and a passionate mental health advocate.

In the latest episode of the 90’s Football Hall of Fame show, we are joined by football writer Daniel Storey, author Southall’s latest autobiography Mind Games: The Ups and Downs of Life and Football, to discuss his amazing Everton career, how studying other sports helped him excel in goals, and how he never forget his working-class roots.

We also chat to Daniel about what it was like to work on the book with Neville, the infamous “sulking session” against Leeds United, coming out of retirement to play for Bradford City in the Premier League at age 40, and the strange reasoning behind Alex Ferguson’s decision not to put in a bid for him in the early nineties.

Read: The Everton cult hero who subbed himself on in a cup semi-final – and scored twice

See Also: How Juninho overcame the ‘monstrous cold’ to become a Boro legend