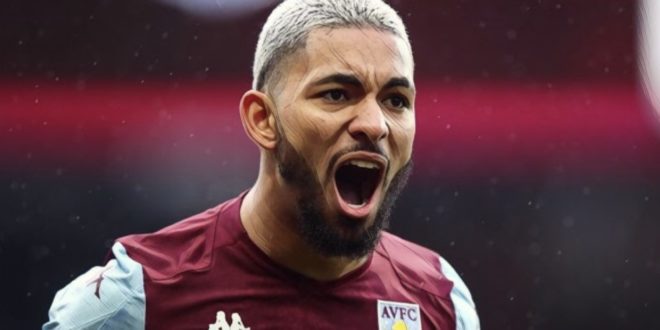 Premier League football is back this weekend following the international break with supporters preparing for another round of thrilling action, the campaign to date having been full of shocks, surprises and attacking play.

With four rounds of fixtures played we’ve decided to look at some names to have made a notable impression in the early weeks of the season, a series of stars enjoying their football and seemingly on an upward trajectory.

Here are six Premier League players set to take their games to new heights this season:

The obvious inclusion following a brilliant start to the season for the Everton forward, who sits as the joint-leading scorer in the Premier League with six goals in just four appearances.

Those goals have come in addition to a Carabao Cup hat-trick against West Ham – his second treble of the season – and a first call up to the senior England squad, marking his debut with a trademark header against Wales last week.

Calvert-Lewin has enjoyed steady progress since moving to Merseyside as a teenager but now looks a player capable of leading the line for one of the division’s best sides, providing a physical presence with mobility and an ever-increasing goalscoring instinct.

The 23-year-old has spoken of how he has studied the game and developed his ability to find himself in dangerous positions, the star currently reaping the rewards of his efforts with a prolific spell for the surprise league leaders.

More than any other player in Europe's top five leagues 🔥#ENGWAL pic.twitter.com/sDV7EXVe0X

No longer valiantly running the channels, he is staying in central areas and proving difficult to contain, with no player in the Premier League having scored more headed goals since the start of last season.

Everton have enjoyed a perfect start to the season with four wins from four and next face Liverpool in the Merseyside derby this weekend, where Calvert-Lewin will be gunning to continue his recent run and end his side’s long wait for derby success.

City were quick to place a buy-back clause into the deal and after an initial slow start to life at Villa, it is becoming clear just why the Brazilian – who failed to make a single first-team appearance – was so highly regarded at the Etihad.

Luiz has starred since the Premier League’s return from lockdown and has begun the new campaign in hugely impressive fashion, thriving in the engine room of Dean Smith’s side as they have made a perfect start to the season with three wins from three.

The 22-year-old is industrious and technically proficient at the base of the Villa midfield, dominating the play during the club’s sensational 7-2 victory over champions Liverpool before the international break.

Called up by Brazil as South America’s World Cup qualifiers began this week, he started his first games at senior level as the Selecao took an early lead at the top of the standings with impressive victories over Bolivia and Peru, performing admirably alongside Real Madrid’s Casemiro.

These are happier times at Villa following their narrow avoidance of relegation last season, a new contract likely for their emerging Brazilian who has looked every bit the leading midfielder in recent weeks.

Five players who smashed it during the international break

A perhaps left-field choice given Kane’s status as one of the Premier League’s finest forwards, but the early weeks of the season have shown a different side to the talented Tottenham star’s game.

Kane is an elite goalscorer as two Premier League Golden Boots and 146 goals in the division will testify, though his increasing willingness to drop deep and make things happen have added a different dynamic to a Spurs side increasing in confidence.

The 27-year-old has scored eight goals in all competitions but has also regularly dropped into midfield, showcasing his excellent passing range and spraying the ball around the pitch with effortless ease.

Kane’s creative displays have seen him register a league leading six assists for the campaign already, just one short of the career-best seven he recorded during the 2016/17 season.

Son Heung-Min has been the main beneficiary of Kane’s willingness to occupy deeper spaces and has been the recipient of each of the England captain’s assists, the prospect of Gareth Bale being introduced on the opposite flank hugely exciting for Spurs fans and likely to be dreaded by opposition defences.

Fans of Leeds United have long lauded the abilities of the ‘Yorkshire Pirlo’ in Kalvin Phillips, the midfielder having taken his game to new heights since the arrival of Marcelo Bielsa at Elland Road.

After helping the club to promotion last season the academy graduate has now been handed his chance at Premier League level and has impressed during Leeds’ strong start, Bielsa’s side taking seven points from their opening four fixtures.

Phillips’ performances have seen him earn inclusion in the England squad and he has made a solid start to his international career with four caps to date, reading the game from a deep midfield position and bringing a mix of both cultured class and assurance to the side.

The 24-year-old is diligent defensively and a possesses a fine passing range, whilst the continued presence of Bielsa at Leeds is only likely to see his level of performances increase, the Argentine renowned for his innovative training methods and unrelenting demand for hard work.

Jamie Redknapp said the midfielder ‘makes football look easy’ following his performances for England during the international break and Phillips will hope to continue his recent rise, his suave showings a welcome addition to the Premier League season.

Could this be the season that Phil Foden finally becomes a leading figure in the Manchester City side?

The boyhood blue has been tipped to reach the very top since first making an impression as a precociously talented teenager, with Pep Guardiola keen to keep the youngster around the first-team squad to continue his development.

Last season saw the midfielder earn increased involvement and he starred after being given a prolonged run in the side post-lockdown, scoring five times and providing an assist in just seven starts.

The 20-year-old has started each of City’s three fixtures so far this season and opened his account for the season at Wolves, the departure of David Silva during the summer leaving a void the Stockport-born youngster looks more than capable of filling.

Foden is a brilliant technician and comfortable in a variety of roles, gliding across the pitch and has an ability to unlock defences with perfectly weighted passes or dribbles past opposition defenders.

Having earned his senior England debut before being shamefully sent home from the squad for breaching coronavirus regulations, Foden will hope to repair that damage with a strong season for City as he bids to force his way into reckoning for next summer’s European Championships.

England have long been void of creative class in midfield and the ‘Stockport Iniesta’ offers a unique option to Gareth Southgate, his performance levels only likely to rise amid increased minutes at club level.

Jack Grealish appeared to be shouldering Aston Villa’s ambitions singlehandedly at times last season as he desperately attempted to keep the club in the Premier League, enjoying a fine individual season as the club avoided the drop on the final day of the season.

The consolidation of their top flight status has allowed their ambitious owners to invest once more and Villa look well placed to build following a number of shrewd additions, winning each of their three opening fixtures including a 7-2 thrashing of champions Liverpool.

Grealish was sensational during that victory with two goals and three assists, the club captain mesmerising in possession as he created havoc drifting inside from the left-hand side of the attack.

If you don’t know, now you know.

The arrival of additional quality should help relieve the pressure on the playmaker and could allow him to flourish further, Grealish demonstrating how effective he can be with a strong performance on his first start for England against Wales last week.

Gareth Southgate’s subsequent dropping of the player for Nations League fixtures against Belgium and Denmark has been fiercely criticised following his Man of the Match showing against the Welsh, the clamour for Grealish’s regular inclusion at international level growing and an indication of his class.