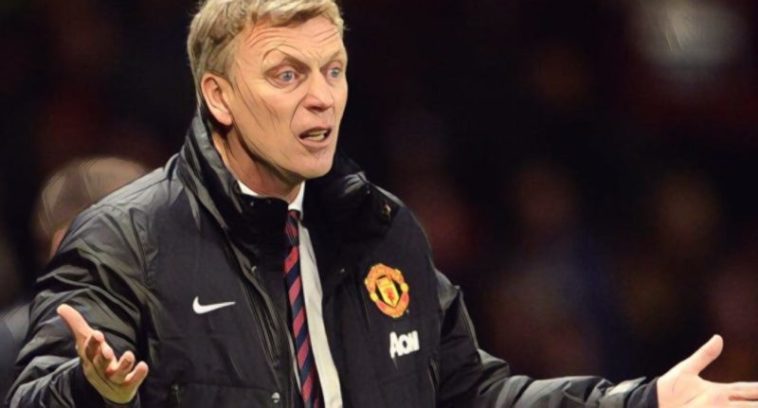 By 2012/13 Manchester United’s juggernaut had succeeded in barging pretty much everything and everyone out of its path, as it careered head-on towards its final destination as England’s most successful football club. First Liverpool, then Arsenal and Chelsea, all were bested as United became the Premier League’s most successful team.

Orchestrating this success from its inception, evolution and perfection was the fierce, steely-eyed Scot, Sir Alex Ferguson. His demand for relentless intensity had cultivated arguably the greatest winning mentality ever instilled at any club in the history of the game.

However, as 2012/13 commenced, Ferguson was more than half-way through his 70th year. He was ageing, tiring and looking at how and when to call it a day. His 38th trophy had been snatched away by Sergio Aguero’s iconic stoppage-time winning goal against QPR just a few weeks earlier.

Going out in second place to a rumbustious upstart flew in the face of everything the Glaswegian’s had built from the ground up. Particularly when said newcomers were on his doorstep and every day encroaching further into his territory.

There was simply no way he was going out without one final ticker-tape fueled hurrah to irk the interlopers and remind everyone just who was the league’s top dog. But the question as to who would be his successor after this last cavalry charge at the enemy was a sizable one.

By 2012 the plan was thought to be that Ferguson would give it two more years before letting a new man take the reigns. Crucially though, the Scot was to have the casting vote on who that man would be.

As early as 2001, Ferguson had talked about retirement, even announcing his plan to step down at the end of 2001/02 season before a dramatic u-turn saw him stay on.

If the United job was big at the turn of the century; just over a decade later, along with the club itself, the role had morphed in size and shifted in scale. Ferguson’s successor would logically speaking, have to be a headliner with a suitable CV, ego and ambition to match, as well as the nerve to follow in near-impossible footsteps.

Some obvious names were bandied around in the background as Ferguson planned for what would be his final season. Pep Guardiola and Jose Mourinho were obvious candidates whose achievements set them aside. Yet by the time an official renouncement about Ferguson’s retirement was made in May 2013; it was then Everton manager David Moyes who had been elevated to the bookies favourite for the job.

Moyes had long been on the radar of his fellow Glaswegian. He’d previously been in the frame to be Ferguson’s assistant back in 1999 before the club opted for Steve McClaren. As a budding young coach, he had also courted the United’s managers advice after he was approached for the Sheffield Wednesday vacancy.

The two were cut from the same cloth. Both were sons of former Glasgow dockers and had been raised with working class principles that wove their way into their managerial mantras and straight-talking personalities.

Ultimately it was a home visit from Ferguson that closed the book on his succession question. Moyes was informed in no uncertain terms that he was going to be Manchester United‘s next manager; presumably over a civilized bottle of red wine in a swanky Cheshire postcode.

In the end, there was not even a direct approach made to Everton. The Toffees had been keen to broach new contract talks with Moyes. However, the deed was done; Moyes had been hand-picked to carry on Ferguson’s legacy just thirty miles up the M62. The die was cast.

It was though, a surprising appointment to say the least. On the one hand, there was a sense of continuity. Ferguson had picked a man whom he admired and had wanted on his staff. And yet, there were big question marks over Moyes’ suitability and pedigree as a manager.

The former Celtic defender had done a more than solid job during 11 years at Goodison Park. The nine times champions of England had withered and almost perished as a top-flight entity in the nineties. Moyes corrected a downward spiral and brought about, firstly some much needed stability followed by noteworthy early success.

His achievement at clinching fourth place in 2004/05 was a miracle in the eyes of long-suffering Evertonians. What made it sweeter was that they finished just ahead of their bitter city rivals and were now rubbing shoulders with the greats.

However, success in football can be awfully fragile and all too fleeting. Moyes’s hardy team failed to reach the Champions League group stages in 2005/06, falling to an excellent Villarreal side in the qualification playoffs.

Some managers may well have capitulated in the face of such a jarring set back. However, full credit must go to Moyes for dusting it off and keeping Everton a resilient and dangerous entity in the Premier League. Over the next eight seasons, the Toffees finished in the top six three times, qualifying for Europe on three further occasions.

The former Preston manager guided his side to an FA Cup final in 2009 before falling to Chelsea at Wembley. This did not prevent his work being acknowledged three times by the League Manager’s Association in their annual awards gala.

And yet, despite a credible body of work, there were significant doubts over Ferguson’s logic. Moyes had taken Everton to a decent level but failed to get beyond it. Yes, he was starved of major transfer funds but he delivered precisely zero trophies as well as a questionable record against the big boys.

While he had also uncovered some unpolished gems likes Seamus Coleman, John Stones and Steven Pienaar; there was a sense that he was dangerously under-prepared for the den of egos that was the Old Trafford dressing room.

On top of that, United operated in a different stratosphere to Everton. The Glazers and a glut of commercial partners demanded a different brand of success. A hardy return on a modest budget was hardly a strong footing at a club that considered a season without a Premier League title or Champions League glory as a failure.

“I would like to remind you this club stood by me in bad times, the players and the staff. Your job now is to stand by the new manager.” Ferguson’s parting shot to his adoring Manchester United fans at Old Trafford during an emotionally charged farewell echoed a sentiment born in a different era.

His words underpinned a plea to give Moyes some breathing space as he found his feet Old Trafford. His words fell on deaf ears.

Initially, the fans cherished “The Chosen One” and welcomed Fergie’s successor with open arms. But what followed was a ten month unraveling that ravaged the club and left everyone shell-shocked. Results were the most obvious failing. Under Moyes, United had their worst start to season since 1989. They lost back-to-back home league fixtures at Old Trafford for the first time since 2001/02 and were humiliated by arch rivals Liverpool and Manchester City.

The football was hardly enthralling either. Moyes’s had favoured a more leisurely tempo with his teams in possession. Crucially, in the final third, they were often pedestrian; moving on and off the ball with a tepid speed that was far too easy to contain. The tactics also confounded the star players he had inherited. Rio Ferdinand documented the discontent with Moyes’s style in his autobiography stating:

“Sometimes our main tactic was the long, high, diagonal cross. It was embarrassing. In one home game against Fulham we had 81 crosses! I was thinking, why are we doing this? Andy Carroll doesn’t play for us!”

One of the cruellest aspects of Moyes’s protracted failure was that his tenure collided head-on with the social media age. Fans have always been restless and highly critical of poor managers, but previously their ire had been confided to fanzines, terrace talk and phone-ins.

By 20013/14, each new Moyes failings was given simultaneous commentary on all manner of online platforms and channels. The toxicity was off the charts as was the glee from opposing fans who relentlessly mocked the former Everton man.

The axe finally fell, tellingly, once it became mathematically impossible for United to qualify for the Champions League. Ironically, it was it at Goodison Park where Moyes’s United career came to a sombre end.

There have countless autopsies of the affair in the years that have passed. It marked a moment where, for once, the crushing reality of United’s domineering stature actually caught the club out.

In no other business and certainly at no other football club, would a departing man at the top, be allowed such a free-reign to hand-pick his successor. Ferguson’s decision may have had the logic of continuity, but there is also an undercurrent of over-sentimentally in the way he viewed David Moyes.

An ageing Glaswegian handing over the reigns to a younger man from the same city, whom he sees as a chip of the old block; perhaps the heart  overruled the head and the most crucial decision in a generation was botched. There is an argument to suggest that the club’s board should have had more of a final say over the succession issue, with the cost of failure set so high.

United’s stellar success, the commercial demands of their partners and owners, coupled with the unyielding demand to keep ahead of an increasingly aggressive chasing pack, meant there was absolutely no room for sentiment. There was certainly no place for a manger like Moyes who was out of the depth and visibly struggling with the demands of his new role.

The Premier League had also moved the game on, ripping out old notions of loyalty and patience. This was not 1986. Moyes simply could not be allowed the same half-decade of failure as his predecessor endured a generation earlier. United’s status as the league’s dominant force was threatened and they acted swiftly to correct it. There was no further sentiment permitted at the Theatre of Dreams as they endured a nightmare in their new post-Ferguson era.