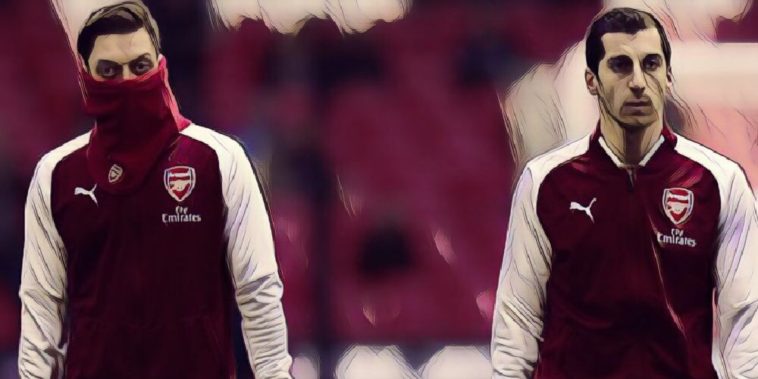 Henrikh Mkhitaryan has revealed his unhappiness with life in the Premier League and suggests he didn’t fit English football.

The Arsenal midfielder joined Italian side Roma on a season-long loan deal earlier this month, having endured a disappointing spell since moving to the Emirates in 2018.

The 30-year-old also previously struggled during a spell at Manchester United, and Mkhitaryan admits he needed a change to ‘enjoy playing football’ again.

“I have to enjoy playing football, no matter the place. In England, I no longer felt happy,” the Armenian said at a press conference in Rome.

The Sanchez-Mkhitaryan swap deal has to be one of the worst deals made in the Premier League. Both now in Italy.

“I got a call from my agent and I wanted to come, because it was a great opportunity for me. I didn’t even have a discussion with my agent about money.

“Maybe I was not fitting so well in English football, so I think a change was good.”

“The last month at Arsenal I was not happy, so that’s why I said it was better to come to Roma and to get happy and to get the pleasure from playing football again.

“Now I am in Rome and I focus on them. This is not a step backwards as great football is played here. I wanted to change scenery and for me it is an opportunity to be seized.”