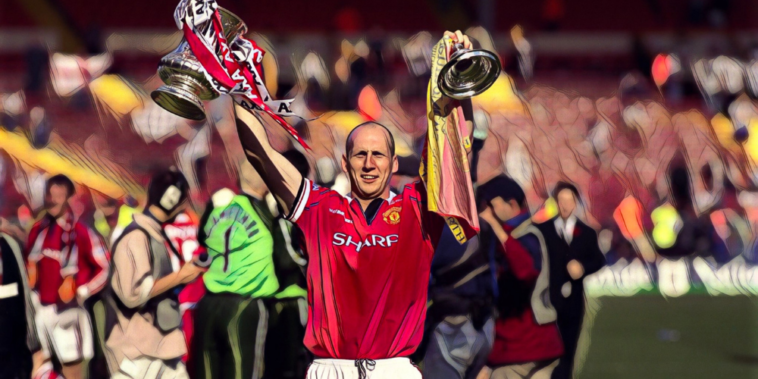 Sir Alex Ferguson made precious few mistakes during his managerial career, his judgement rarely faltering during an unprecedented period of success at Manchester United.

Managerial rivals came and went, but Ferguson’s ability to move with the times and evolve ensured the Red Devils remained the Premier League’s dominant force for two decades.

One self-confessed and notorious mistake however, centered around the early exit of Jaap Stam. For those who watched the best of Stam during his time at Old Trafford, there is little doubt the Dutch defender remains one of the best to have graced the Premier League.

Stam signed for Manchester United as the most expensive defender in English football history in 1998, having impressed during a career in his native Netherlands that saw him steadily climb the Eredivisie ladder.

The centre-back made his professional debut with FC Zwolle, before short spells with SC Cambuur and Willem II. His big break came after signing for PSV Eindhoven, where he soon cemented his status as one of Dutch football’s finest.

Two seasons in Eindhoven brought an Eredivisie title, KNVB Cup and a pair Johan Cruyff Shield successes, with Stam named as Dutch Footballer of the Year in 1997.

The following summer he moved to the Premier League, as the Red Devils spent a record-breaking £10.6m to prise him from PSV.

United were in the midst of evolution as the senior stars from their early dominance of the Premier League had faded. Eric Cantona had announced his surprise retirement the previous summer, whilst both Brian McClair and Gary Pallister moved on to make room for the arrivals of Stam and Aston Villa forward Dwight Yorke.

Ferguson had seen Arsenal win a domestic double as Arsene Wenger’s arrival transformed the North Londoners and responded with the additions of Stam, Yorke and Jesper Blomqvist.

Each would play a prominent role in a season that saw the side make unprecedented history.

Stam’s career with the club began in forgettable fashion, struggling in a convincing 3-0 defeat to defending champions Arsenal in the Charity Shield.

For all his athletic attributes it was a game that welcomed Stam to the demands of English football, as the pace of Nicolas Anelka led to a difficult afternoon at Wembley.

Lessons learned, he adapted quickly to the new division as United mounted a challenge for the title. Imposing, authoritative, and possessing a deceptive turn of pace to match even the Premier League’s fastest forwards, the Dutchman was a domineering opponent.

United were third after defeat to Middlesbrough on December 19 – their third of the Premier League season – but from there remained unbeaten.

A perfect cross from Becks gifted Jaap Stam his first and only goal for United #OnThisDay in ’99! 👌#MUFC #GoalOfTheDay pic.twitter.com/653nPsIxyO

Stam scored his first, and only, goal for the club in a 6-2 thrashing of Leicester and a 19-game unbeaten run paved the way for another title success. Needing to win against Spurs on the final day of the season, a come-from-behind victory saw the Red Devils crowned champions again.

United had also progressed well in cup competition and added the FA Cup with a 2-0 win over Newcastle at Wembley, whilst a dramatic run in the Champions League set up a final against Bayern Munich.

Not since Sir Matt Busby’s legendary side of the 1960s had United reached Europe’s biggest fixture, with the chance of a historic treble in their sights.

What followed was the most dramatic of conclusions to a Champions League final, as the Red Devils scored twice in stoppage-time to turn defeat into victory. Stam’s first season had ended with unprecedented history being made.

“Moments like that are why you want to become a professional footballer,” Stam told WFi.

“When I left PSV to come to Manchester United, I wanted to come to England to win trophies and establish myself on the world stage.

“I never thought about winning the treble or the Champions League in my first season at all. I wanted to settle in, do well individually and hopefully win the league title.

“I have special memories of that time in my career. It gives me a special feeling too.”

Stam was named as UEFA Club Best Defender of the Year after the club’s treble success and retained the accolade the following season.

He was also included in the PFA Team of the Year after an impressive first season and was named among the division’s best in three consecutive campaigns as United won a hat-trick of Premier League titles.

The 1999/2000 season saw the Red Devils finish a then-record 18 points clear of Arsenal with 97 goals scored, before becoming the first team since Liverpool in 1984 to win three consecutive top-flight titles.

Stam had been at the centre of their success, the dominant defensive force the club had lacked since the successful axis of Steve Bruce and Pallister came to an end.

Ferociously strong, competitive and possessing an intimidating steely stare, he had emerged as the Premier League’s best defender, but it would be the end of his time at Old Trafford.

Reservations over whether the 29-year-old had lost a yard of pace following an Achilles injury – alongside a reported fall-out with Ferguson over comments made in his autobiography – saw a £16.5m bid from Lazio accepted, an offer Manchester United believed too good to turn down.

Stam moved on and starred in Serie A, whilst the side he left behind dropped to third and suffered their lowest league finish of the Premier League era.

An ageing Laurent Blanc proved a poor replacement for the influential Stam who had been ushered out of the exit door.

“All I can say is that I did not want to leave,” Stam said at the time. “This is as much a shock to me as to anyone. I’m completely taken aback because I was settled at United and I signed a new five-year contract earlier this year.

“Now I must look to the future. When a club agrees to sell you it is clear that it may be time to move on.”

Stam joined Alessandro Nesta in a formidable defensive partnership in Rome and won the Coppa Italia with Lazio, before reuniting with Nesta at AC Milan.

He formed part of an iconic backline with the Rossoneri during two seasons at the San Siro, featuring alongside Cafu, Nesta and Paulo Maldini as Milan reached the Champions League final in 2005.

That final ended in defeat as Liverpool staged an improbable fightback in Istanbul, but his longevity at the highest level – reaching a major European final four seasons after leaving Old Trafford – ensured Ferguson came to regret his hastiness.

His career ended with a return to the Netherlands, winning another Dutch Cup at Ajax before calling time on a career that also included 67 caps for the national side.

For all the success Stam had across Europe, it is those three seasons in Manchester for which he is most fondly remembered.

‘Jip Jaap Stam is a big Dutchman’ was a chant that regularly rang out at Old Trafford in recognition of the commanding centre-back, whilst more than two decades after his exit it can still be heard on occasion.

The remainder of the chant – using expletives – paid tribute to Stam’s ball-winning ability. His game was simplistic but brilliant, timing challenges to perfection and shrugging off centre-forwards with his sizeable frame.

Comfortable in possession and proactive in his passing, he was the archetypal modern centre-back boasting an excellence in the air and a machine-like talent in regaining possession.

His exit, unlike his tackling, was without questioned mistimed and his Mancunian venture all too brief. Those who saw Stam shackle strikers in his prime remember the daunting Dutchman as one of the Premier League’s genuine greats.